Netany­ahu has descri­bed the Tehran govern­ment as a 'terror­ist regime'
By Reuters
Published: April 7, 2019
Tweet Email 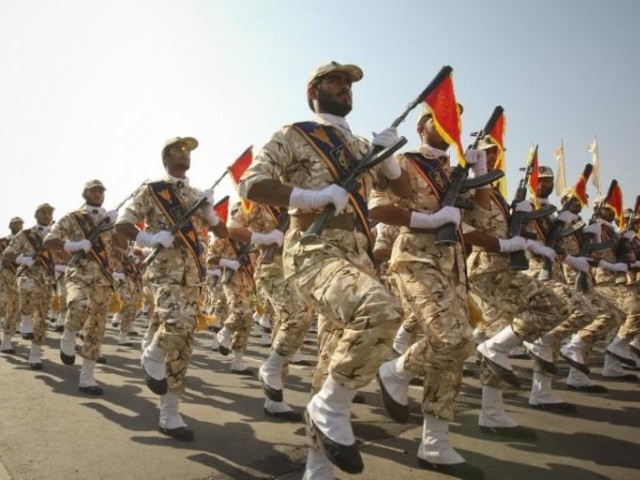 GENEVA: Iran will take reciprocal action against the United States if Washington designates the elite Revolutionary Guards (IRGC) as terrorists, a majority of Iranian parliamentarians said on Sunday, according to state news agency IRNA.

The United States is expected to designate the Revolutionary Guards a foreign terrorist organisation, three US officials told Reuters, marking the first time Washington has formally labelled another country’s military a terrorist group.

“We will answer any action taken against this force with a reciprocal action,” a statement issued by 255 out of the 290 Iranian lawmakers said, according to IRNA.

“So the leaders of America, who themselves are the creators and supporters of terrorists in the (Middle East) region, will regret this inappropriate and idiotic action.”

The US decision, which critics warn could open US military and intelligence officials to similar actions by unfriendly governments abroad, is expected to be announced by the State Department perhaps as early as Monday, the US officials said last week. The move has been rumoured for years.

US to declare Iran’s Revolutionary Guards as terrorist group: WSJ

Iran’s foreign minister said on Sunday US officials aiming to designate the IRGC as terrorist wanted to “drag the US into a quagmire” on behalf of Israeli Prime Minister Benjamin Netanyahu.

“#NetanyahuFirsters who have long agitated for FTO (Foreign Terrorist Organisation) of the IRGC fully understand its consequences for US forces in the region. In fact, they seek to drag US into a quagmire on his behalf,” Mohammed Javad Zarif said on his Twitter account. “@realDonaldTrump should know better than to be conned into another US disaster.”

Israel and Iran are arch-enemies in the Middle East.

Zarif appeared to be implying that classifying the Guards as terrorists would draw them into conflict with US forces in the region.

Netanyahu has described the Tehran government as a “terrorist regime” that threatens the world and promotes attacks worldwide in the name of Islam. Iran denies this.

IRGC commander Mohammad Ali Jafari also chimed in on Sunday over the pending US designation, warning the US military would lose all the security it enjoyed in west Asia.

“With this stupidity, the American army and security forces will no longer have today’s calm in the west Asia region,” Jafari was quoted as saying by semi-official Fars news agency.

Set up after the 1979 Islamic Revolution to protect the Shia clerical ruling system, the IRGC is Iran’s most powerful security organisation. It controls large sectors of the Iranian economy and has huge influence in its political system.