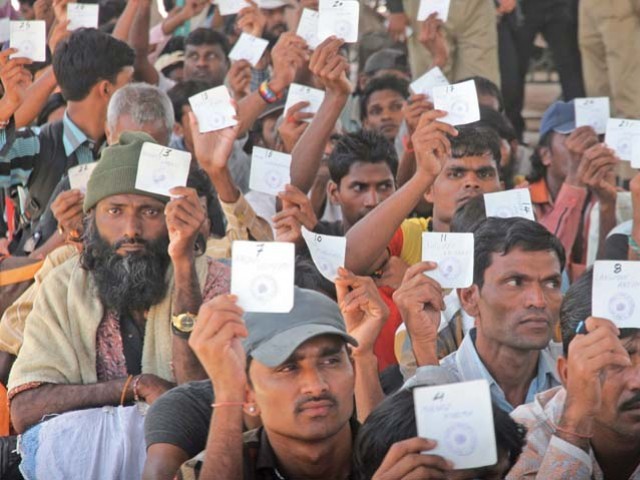 Pakistan on Sunday released 100 imprisoned Indian fishermen as part of a goodwill gesture that would see the phase-wise release of 260 more Indian nationals in the month of April, Express News reported.

The fishermen were arrested over previous years for trespassing into Pakistani waters and violating international maritime limits.

The released prisoners were taken to the Karachi Cantonment Railway Station under tight security, where they boarded the Allama Iqbal Express for Lahore.

The Indian nationals were given gifts and provided travel expenses by the Edhi Foundation. From Lahore, they would be taken to the Wagah Border for handover to Indian authorities.

Pakistan all set to release 360 Indian prisoners in April

The fishermen’s release comes days after the Foreign Office announced that Pakistan would release 360 Indian prisoners, including 355 fishermen and five civilians, during the month of April.

“The prisoners will be released in four batches, scheduled as 100 each on April 8, April 15 and April 29 while 60 prisoners, including 55 fishermen and five civilians, will be freed on April 29,” Foreign Office spokesperson Dr Mohammad Faisal said at a weekly press briefing on Friday.

“The decision has been taken for 360 out of the total of 537 Indian prisoners who have completed their sentence,” said the spokesperson.