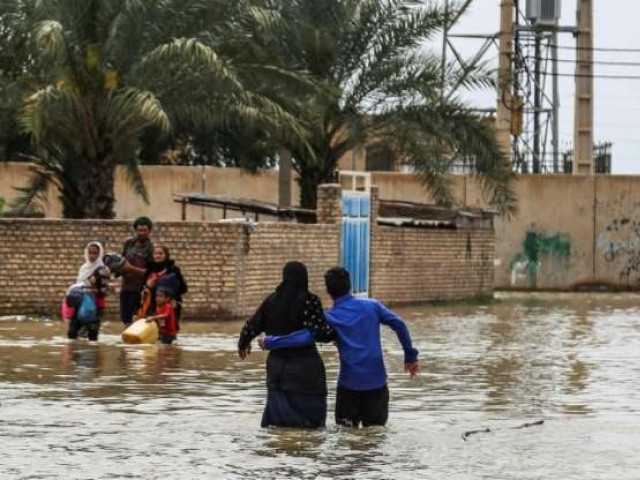 TEHRAN: Floods in Iran since March have killed 70 people the head of the emergency services said on Friday according to the official IRNA News Agency.

“The floods also injured 791 persons of which 45 are still hospitalised,” Pirhossein Koolivand, the head of the national Emergency Medical Services (EMS) Organisation said.

A report published on the EMS website showed the southern Fars Province had the highest fatalities with 23 dead. The report also listed four people were missing. All in all 20 out of Iran’s 31 provinces reported casualties from the floods.

Iran has been hit by unprecedented flooding across most of the country in the last 19 days.

The country’s northeast was swamped on March 19 before the west and southwest of the country were inundated on March 25, killing a total of 45 people.

On April 1 the west and southwest were again swamped by floods when heavy rains returned to the area.

“2,199 rural roads and 84 bridges have been washed away,” said Behnam Saeedi, spokesman for the National Disaster Management Organisation.
“Across 15 provinces, 141 rivers burst their banks and around 400 land slides were reported,” he told state TV.
The government said the flooding had damaged nearly 12,000 kilometres (7,500 miles) of roads, or 36 percent of the country’s entire network.
The worst hit in the latest deluge was Lorestan Province where in some cities whole neighbourhoods were washed away and many villages are still cut off. Fourteen deaths have been reported from Lorestan so far.

The usually arid country is still battling the floods as the water from Lorestan and Ilam Provinces has now converged on the oil-rich Khuzestan Province.

Iran’s Interior Minister Abdolreza Rahmani Fazli warned that up to 400,000 people in Khuzestan could be exposed to the floods, IRNA reported.