IGP calls for use of technology to curb crime

IGP calls for use of technology to curb crime

Says police have been on the front line of defens­e agains­t terror­ism
By Mohammad Zafar
Published: April 6, 2019
Tweet Email 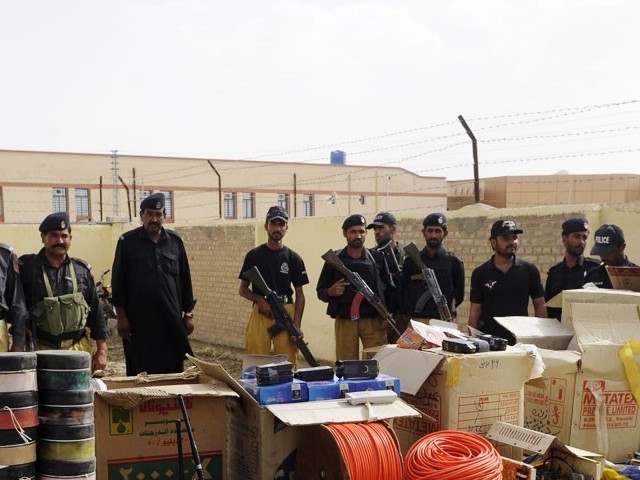 Says police have been on the front line of defense against terrorism. PHOTO: FILE

“Balochistan Police within its limited resources has been adopting modern technology and after Chaman and Loralai districts, CCTV cameras have been installed in Mastung also, which will help in restoration of peace,” the IGP said on Friday while addressing inauguration ceremony of CCTV project in Mastung.

He said the police have been on the front line of defense with other security agencies against terrorism and to restore peace in Balochistan. “Young policemen have sacrificed lives to ensure peace in the province. Law and order situation has improved in all areas and regular activities are restored,” he said.

The IGP said his foremost priority and responsibility is to fulfill needs of the police department. “The department is well aware of the problems being faced by policemen and steps are to be taken to ensure their resolution,” he said.

The police chief said all requests for renovation of police station buildings and provision of new vehicles and equipment would be looked into. “The government has promised to upgrade the levies and police, but due to financial difficulties, there are problems in implementation of this promise. The upgrading requires a fund of Rs4 billion.”

The IGP requested officers not to lose hope and said with improvement in the provincial government’s financial matters policemen will receive good news soon. He said direct recruitment of officers through the Public Service Commission is already in process to reduce officers’ shortage in the Balochistan.

Butt said the Quetta Safe City project has been completed and the project will be launched soon. “Balochistan Police has decided to buy one hundred new CCTV cameras in its current budget.”

Speaking on the occasion, Quetta Regional Police Officer Abdul Razzaq Cheema said installation of the CCTV cameras will help in security matters. Police and administration should educate citizens in this regard so that positive use of this technology can be ensured for peace and development, he added.