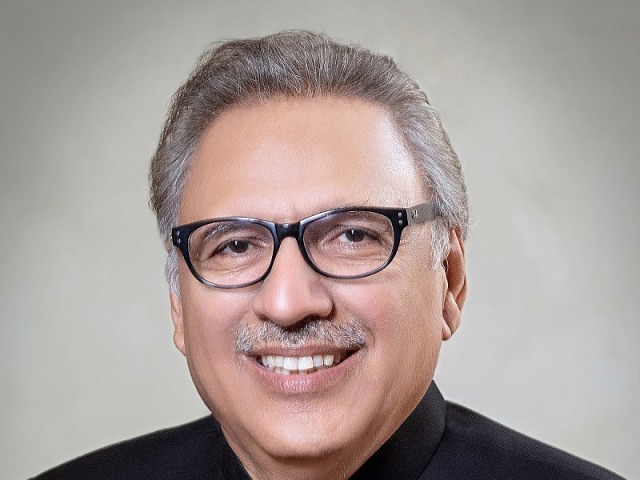 President Dr Arif Alvi has emphasised the need to accelerate efforts to adopt new technologies in every field of life. He made this point while addressing the closing ceremony of a skills competition 2018-19 held at HEC Secretariat on Friday. The ceremony marked the announcement of winners who will compete in the Global Final to be held in China next month.

Congratulating the Higher Education Commission (HEC) for successfully holding the Information Communication Technology (ICT) competition for students, he said that there is a huge potential of exports and employment generation in Pakistan’s Information Technology (IT) and Telecom industry, adding that this actually holds the key for any country’s development. “Such competitions will prepare our younger generation to effectively contribute to our country’s socio-economic development.”

The competition was launched in September last year. Roadshow and workshops were held in 53 universities and academic institutions across Pakistan. The top 100 students took part in the National Final and the top six students were selected for the International Final in China. In May 2019, the top three students Zohaib Anwar, Jawaria Abbas and Asim Fareed shall participate in the competition’s global final in China with other regional winners from all over the globe.

Speaking to the audience, the president stressed on the need to realise the swiftly increasing scope of the information age, and implementation of right strategies to bring in relevant technologies in different fields. He gave various examples of education, health and agriculture sectors, and underscored the fact that a proactive approach is required to identify and incorporate IT solutions in every single field.

Dr Alvi also highlighted the role of the state to ensure that the younger generation is provided with every opportunity to unleash their talent and play an active part in this age of rapid transition and application of technologies. “Relevant research is a necessity, if Pakistan has to progress and stand tall in the comity of nations,” he said as he emphasised the need for students to keep up to date with emerging technologies

The President mentioned how China has emerged as a global leader, particularly in development and adoption of latest technologies. He also acknowledged the tremendous achievements of Huawei in a short span of time.

In his remarks, the Chinese Ambassador Yao Jing said the global economy depends upon the development of IT, which is a pivotal element for the nation’s progress. He admired the students who have won the competition and wished them good luck in the final competition in China. He said Pakistan and China enjoy cordial relations and the two countries are committed to working together to cope with future challenges.

Federal Education Minister Shafqat Mehmood advised the students to be firm and committed in their efforts. “As our Prime Minister always says, if you do not accept defeat, nobody can defeat you.”

Mehmood informed the audience that the government is focusing on areas where technology can help us leapfrog. “Efforts are afoot to link the skill development of our youth to the country’s future requirements, and to ensure that an environment is created where ideas can flourish.”

“There is no doubt that the friendship of China and Pakistan is deep and strong, which is clearly reflected in such joint initiatives in various fields,” he further added.

Giving two examples from news stories that appeared on Friday morning, one about selection of five Pakistanis in Forbes’ 30 under 30 and the second about a man’s attempt to build a small aircraft in Pakpattan, HEC Chairman Dr Tariq Banuri highlighted Pakistan’s potential to grow and take the upcoming technological challenges head-on.

The Chairman emphasised, “HEC is trying to create an environment where our youth is enabled to use their imagination as a resource do so.”

Speaking at the occasion, Huawei Pakistan CEO Saif Chi stated that we will continue to see the digital and physical world merge as emerging technologies become a greater part of our lives.