The film comes out on Eidul Fitr this year
By Entertainment Desk
Published: April 4, 2019
Tweet Email 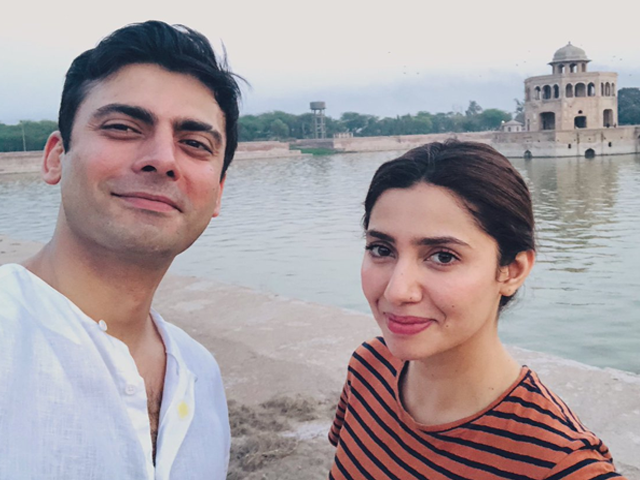 If there’s one film that Pakistan is eagerly awaiting, it’s Bilal Lashari’s The Legend of Maula Jatt. The upcoming venture marks Fawad’s return to local cinema, after Shoaib Mansoor’s 2007 blockbuster Khuda Kay Liye. It also reunites him with his Humsafar co-star Mahira Khan.

The stars are in the final leg of shooting for the upcoming film but the Verna starlet has finally wrapped up her schedule as Mukkho recently. And to commemorate that, she took a selfie with Fawad.

Sharing it on Twitter, Mahira wrote, “We suck at taking selfies but this one is just for all of you!”

We suck at taking selfies… but this one is just for all of You!! pic.twitter.com/etnyRhzG4X

The Legend of Maula Jatt also stars Hamza Ali Abbasi, Humaima Malick, Gohar Rasheed and others in pivotal roles. The film comes out on Eidul Fitr this year.

In conversation with Lahore’s most popular transgender stage artist