PSX valuation - how cheap the stocks are really?

PSX valuation - how cheap the stocks are really? 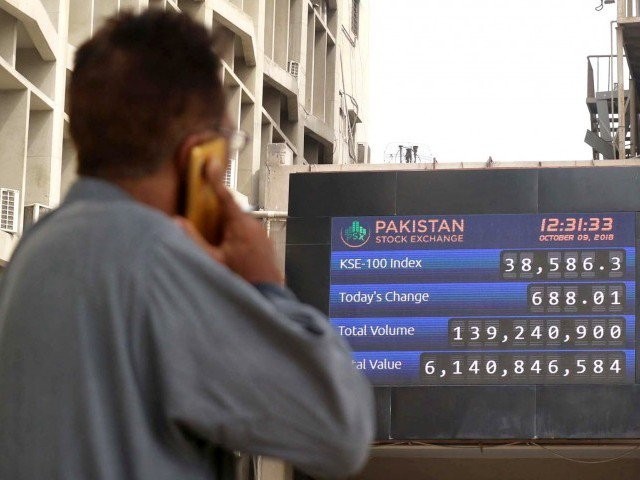 KARACHI: It is not uncommon for Pakistan’s stock market, or any other stock market for that matter, to underperform in any given year and then recover the very next year.

This is the basic premise used by proponents of stock market and the frequently used sales pitch by sales team of both mutual funds and brokerage industry.

The rationale behind this claim is evident from the historical performance of the past two decades from 1998-2018 when the Pakistan stock market (KSE-100 index) mostly gave healthy returns and even if there was any underperformance due to any catastrophic event, then the market recouped all the losses the very next year.

This cliché remained unchallenged until 2017-18 when the market traded negatively for two consecutive years.

Although 2017 was favourable for the emerging markets, unfortunately in Pakistan, foreigners remained net sellers on the back of political chaos. By the time political issues were settled in 2018 and the market became ready to take off, the party ended in emerging markets and there were a huge outflow in all of them.

From the effect of the trade war between the US and China to the fear of nuclear war between Pakistan and India, 2019 has brought no respite for the market so far and the bearish spell looks so agonisingly long as it has entered its third year. Investors did average out their buying price as much as they could because if a security analyst identifies any stock as cheap at Rs100, then it should be a steal at Rs50.

Now that the result season is over and verdict is out, it seems clear that two years of underperformance were not random and there was some method in the madness. In fact, the irrational exuberance that raised the index to 53,000-point levels was equally (if not more) questionable as the recent panic that took the index below 38,000 levels.

The two-year-long bearish spell did not spare either income or growth stock and a few examples will be provided here where the valuation and street estimates missed the bull’s eye by wide margins.

Let’s begin with the power generation sector which is considered a safe haven and a fall in its stock prices should have made it even more attractive for dividend yields. However, the liquidity crunch emanating from the infamous circular debt forced many of them to skip their regular dividend payouts. To add salt to injury, now safer avenues like bank certificates and savings schemes are yielding more.

The cement sector was identified to have a huge upside potential and was the major force that took the index to 53,000 levels. But the epic fall in stock prices of many big names in the cement sector, contrary to street estimates, was also not unpredictable considering effects of the price war and falling domestic demand.

A fall in the auto sector is also not some isolated and unpredictable event where the effect of capricious policy announcements (filer/non-filer issues) exacerbated by higher financing cost and rupee depreciation created a perfect storm.  Last but not the least, the beloved textile sector also did not yield desired results as yet despite all the packages and incentives offered to it.

The selective or lukewarm response by foreigners, even after rupee depreciation, may be explained by the fact that perhaps the overall market valuations were still not convincing enough for them. The fact that the recent fall in stock prices did not create equal opportunities and attractive valuations in all the sectors, requires a careful retrospection by the investors, script by script, to avoid value traps.