CDA to upgrade parks of Islamabad

CDA to upgrade parks of Islamabad 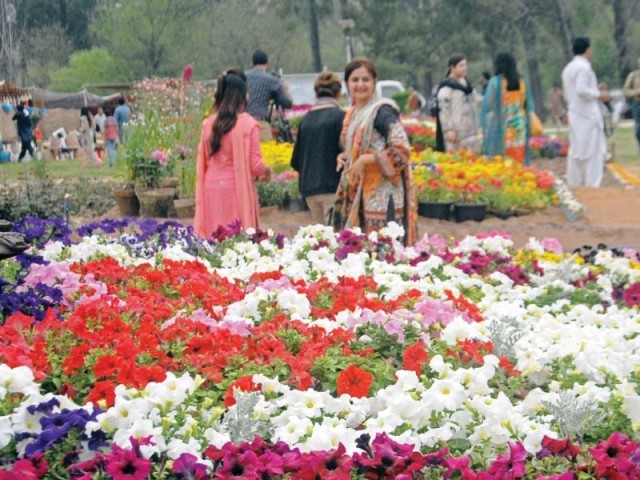 ISLAMABAD: The top civic agency of the federal capital has decided to renovate and upgrade parks of the city along modern standards by 2022 under the Prime Minister’s Clean and Green project.

This was stated by the Islamabad Capital Territory (ICT) Chief Commissioner and the Capital Development Authority (CDA) Chairman Amir Ali Ahmed on Friday as he inaugurated the 37th Annual Spring Flowers and Birds Show 2019 at the Rose and Jasmine Garden.

The show has been organised in alliance with the Horticultural Society and CDA.

Speaking to Daily Express at the event, he said that Islamabad is among the world’s most beautiful cities. To keep it so, he said that the government and locals will also have to come together and play their role.

“People need to protect the [city’s] trees, plant trees in the name of your family, parents, children, family members so that the environment can be made more pleasant,” he said.

He further said that new concept and ideas for beautification were being introduced to beautify the city aesthetically. Further, he added that the concept of kitchen gardening is being promoted in the city since it requires little space.

Moreover, he said that with the mutual collaboration of different departments, a massive tree plantation drive is being carried out in the city under Clean and Green Pakistan campaign in which school and college students are also participating.

Prizes will be given to sector in-charges whose sector has the most energetic plantation drive.

Moreover, consolidated steps have been taken to protect and further enhance the green cover of the city.

Islamabad Horticultural Society General Secretary Dr AQ Javed Iqbal said that every year the spring flowers, birds, vegetables and fruit exhibition is arranged so that locals can be sensitized towards healthy engagements.

MoCC to hold ‘Plant for Islamabad’ day on April 3