Police­man had asked 13-year-old Hammad to refrai­n from flying a kite but he refuse­d
By Our Correspondent
Published: March 29, 2019
Tweet Email 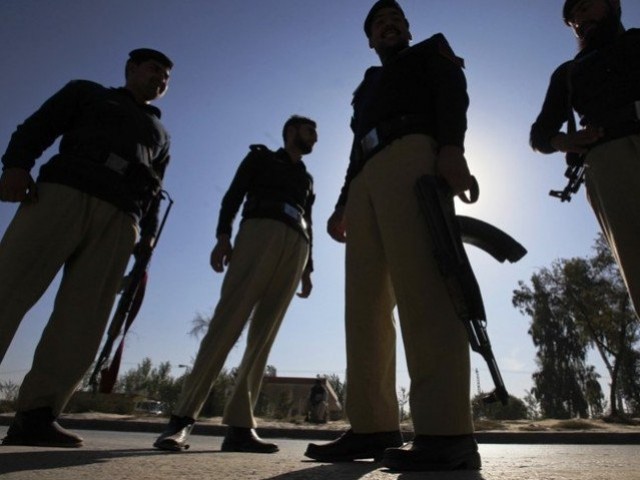 GUJRANWALA: A police constable was arrested on Thursday for physically assaulting and parading a 13-year-old boy naked in the streets of Gujranwala, Express News reported.

Allegedly, a constable from the Civil Lines police station had spotted 13-year-old Hammad flying a kite. The official had asked the child to stop, but the latter failed to obey. On Hammad’s refusal, the official beat up the teenager, stripped him naked and dragged him across the street.

Reportedly, the women in the area pleaded that the child be forgiven for his transgression but the official paid them no heed. CCTV footage from the area shows the constable dragging the naked teenager through the streets of Gujranwala.

Initially, the station house officer (SHO) at Civil Lines police station refused to take action despite the fact that an application was submitted. However, when the CCTV footage surfaced on Express News, the Gujranwala regional police officer (RPO) took notice and ordered that Constable Nadeem be arrested.

On the other, the Gujranwala RPO claimed that the constable caught the teenager, red-handed, sexually assaulting his minor son. In a fit of rage, he beat up the child and stripped him naked, before parading him on the streets.

On February 21, six people, including police officials, were arrested for allegedly torturing and humiliating an eight-year-old boy for three days in Lahore. The boy, identified as Ahmed, claimed a fraudster took him to a mobile shop and told the owner he was his brother.

The fraudster took a phone without payment and left Ahmed as collateral until he returned with the money. When the man did not return, the shopkeeper thrashed Ahmed and called the police.

Green Town police station ASI Saeed Ahmed took the victim into police custody. The boy claimed that a warm heater was put over his private parts during the ‘police investigation’.