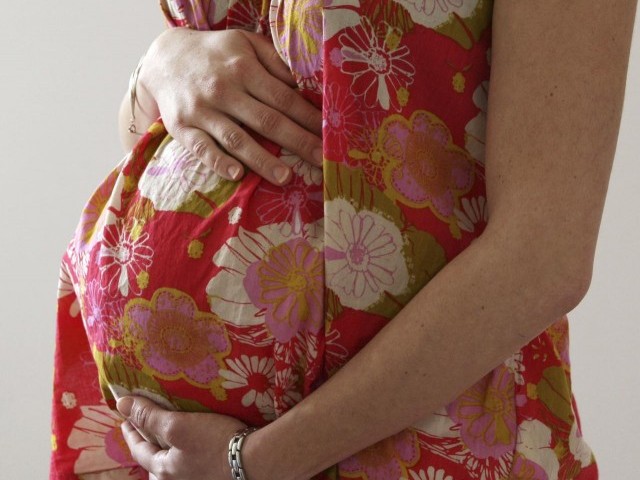 PESHAWAR: Gul Sanga, a 30-year-old woman from Khyber-Pakhtunkhwa has six daughters already. Due to poor health and gynaecological complications, she did not want to have another baby. But when she visited a lady doctor for a routine checkup, she learned that she is pregnant once more.

“The doctor told me that giving birth again might kill me. I don’t want more children but my husband wants to have a son. So he impregnated me against my will,” said Gul Sanga as she came out of the clinic, clad in a ‘shuttlecock burqa’.

“I now have carry this pregnancy to term because my husband has been threatening to remarry if I don’t give him a son,” she said in a low, sad voice.

Gul Sanga is not the only woman going through such an ordeal. Each year, as many as 12,000 mothers in Pakistan die due to pregnancy-related complications, 1,700 of them in K-P alone.

According to an annual report by the Population Council of Pakistan, the country is currently the sixth-most populated one in the world with 208 million people. K-P is home to 30.5 million of these. The report further said that most young people entering the labour force have no secondary education while 89% of females do not even enter the labour force.

The report also detailed that 560,000 unwanted pregnancies occurred in K-P because of a lack of family planning. It added that if the use of contraceptives increases from the current 28% to 54%, the lives of around 600 women can be saved each year.

Moreover, if unwanted pregnancies are prevented, around 16,700 infants can be saved from dying each year.

Talking to The Express Tribune, K-P Population Department Director General Fazli Nabi explained that on the recommendation of Council of Common Interest (CCI) and the order of the Supreme Court, his department has set up a pre-marital counselling committee.

The committee will comprise members of different departments, including the K-P Population Department and the K-P Commission on the Status of Women. Fazli said the committee will prepare a module of training as well as an information booklet to spread awareness among couples before marriage so that they know the importance of family planning and population control. “The practice is followed in other Islamic countries like Iran and Indonesia and if we study their modules, it will be beneficial for us too,” he added.

The department also plans to add a pre-marital counselling column in nikahnamas (marriage contracts), while there will be a province-wide training programme for nikah khwans (marriage officiators) who will be instructed to provide information on family planning while performing nikahs. 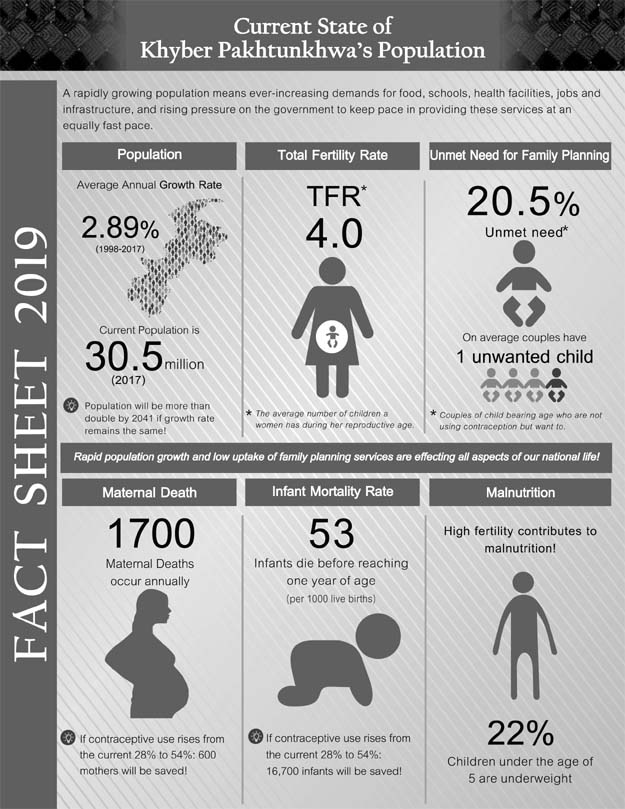 “The K-P Population Department is already visiting colleges and universities to provide information to young students on family planning and their reproductive health. They are also made aware of the dangers of population control,” he said. “We also have plans to incorporate information related to family planning and reproductive health in university and college curricula.”

Considering that the country’s population has been growing exponentially and the situation has reached alarming levels, Fazli said that pre-marital couples’ counselling with regards to population control will be made mandatory.

“A proposal will be sent to the law department as well as the provincial assembly for approval, after which pre-marital counselling will be made mandatory for couples. We have already sent proposals to the law department to introduce an early-marriage restraint act as well as a reproductive health act. These proposals will soon be presented in the provincial assembly for approval,” he explained.

“One of the reasons why Pakistan has been lagging behind is because the country was earlier not producing contraceptives for family planning. Resultantly, they had to be imported from other countries”, she said.

She added that in K-P, multiple problems add to the overall situation and said that a lack of family planning centres in remote areas, together with the practice of home-based births performed by unskilled midwives (Dais) is a leading cause of death among expecting mothers.

Shah further said that there are only three universities in the country that offer a two-year degree in Population Sciences, while the rest offer no such programmes in this discipline which shows the height of neglect regarding population control in every sector.

When approached for a comment, the programme manager of Rehnuma Family Planning Association of Pakistan, Gohar Zaman, said that during the Family Planning 2020 Summit in London, the government of Pakistan pledged to increase contraceptive prevalence from 30% to 55% by 2020. The target, however, is still not achieved yet.

“According to US-POP Council survey, each year, around 200,000 illegal abortions are conducted across the country which is the main cause of maternal mortality,” Zaman said.

Dr Iqbal Begum – senior gynaecologist and head of the department at Hayatabad Medical Complex – told The Express Tribune that during Pakistan Tehreek-e-Insaf’s last tenure in KP, party chairman Imran Khan announced that a Mother-Child Health Care Hospital will be set up in Peshawar. After the announcement, however, no action was taken.

She added that while the government has started a Maternal Neonatal Child Health (MNCH) programme – where a mother is given Rs2,500 to visit a nearby health facility during pregnancy – the acute dearth of family planning units in remote areas, including Torghar, Shangla, Dir and other districts, still lead to a high number of reported deaths during childbirth.

And while it seems that the concerned authorities have started taking population control seriously because of its looming perils, Gul Sanga will bear the brunt of the cultural obsession with having a male child.

“I will endanger my health over the wish of my husband but I will make sure my daughters don’t meet the same fate,” she said. “I will educate my girls so that they become strong enough to fight for their rights.”