Despite austerity claims, Buzdar's helicopter to be insured for over Rs70m

Despite austerity claims, Buzdar's helicopter to be insured for over Rs70m

Additi­onal amount to be doled out from supple­mentar­y grant
By Our Correspondent
Published: March 26, 2019
Tweet Email

LAHORE: Despite the push for austerity measures by Prime Minister Imran Khan, Punjab Chief Minister Usman Buzdar’s helicopter is being insured for over Rs70 million.

The MI-171 helicopter, which is designated for Buzdar, was initially planned to be insured for Rs20 million.

The government issued tenders twice for the new insurance policy, however, no headway could be made.

Hence, the provincial government will make an additional payment in this regard.

Approval for the payment was given by Buzdar on the request of the Standing Committee for Finance and Development.

As per Civil Aviation Authority rules, a helicopter’s insurance is necessary.

The amount, Rs76 million, will be doled out from the supplementary grant, and the insurance of the helicopter, which was bought by former Punjab CM Shehbaz Sharif, will be valid till December 29 of this year. 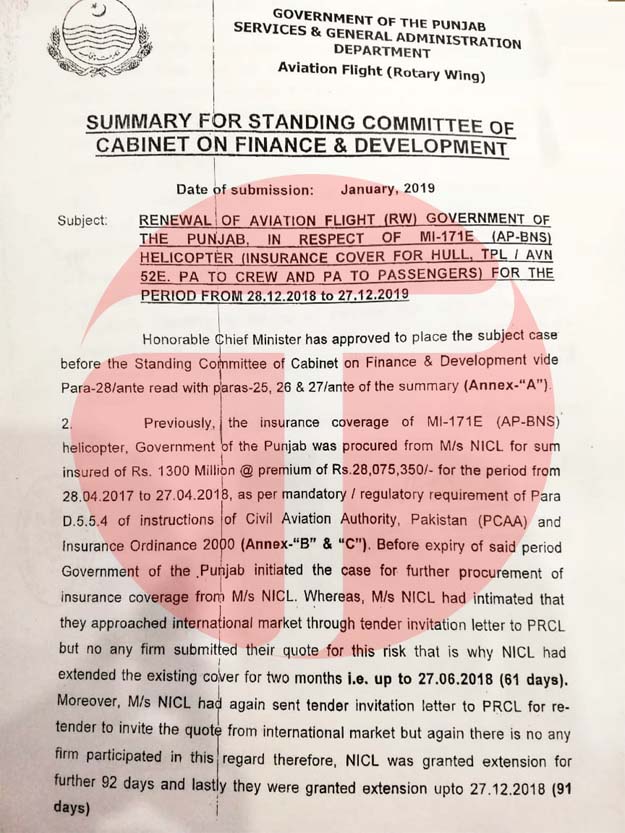 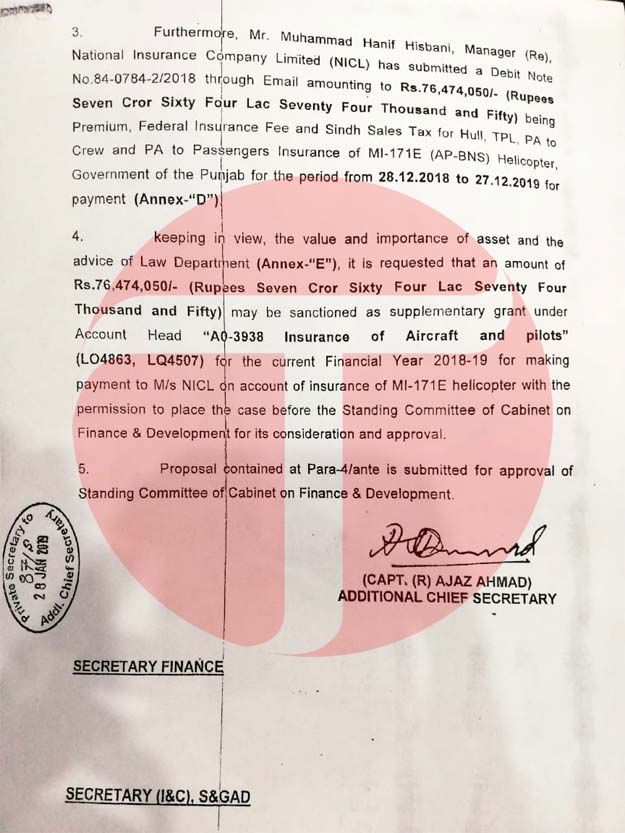 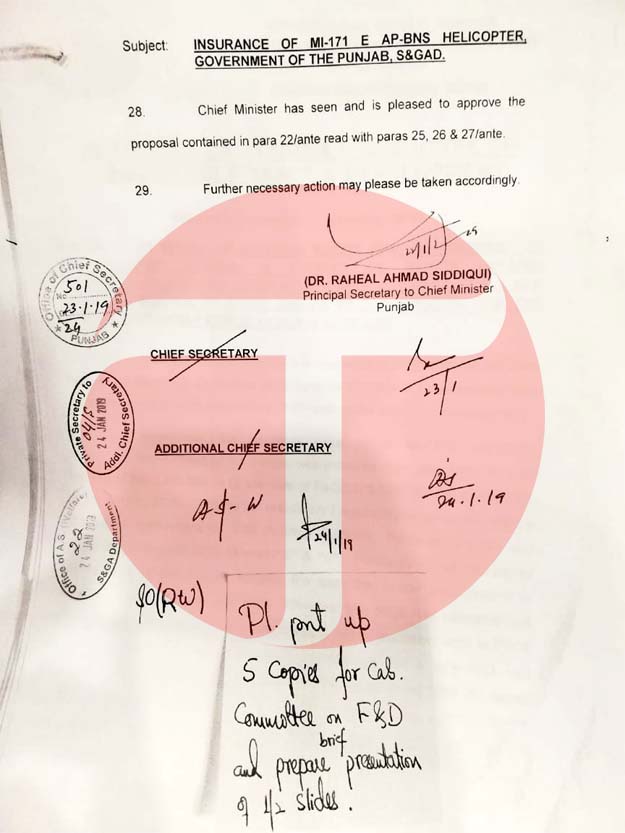