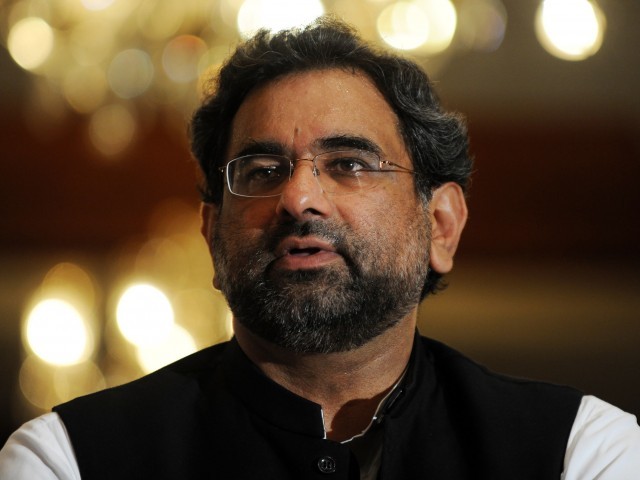 Former prime minister Shahid Khaqan Abbasi said on Tuesday that it was on record that Pakistan Muslim League-Nawaz (PML-N) supremo Nawaz Sharif neither refused medical treatment in prison nor asked to travel abroad for it.

He made the comment while speaking to the media after the Supreme Court suspended Nawaz’s sentence on medical grounds for six weeks.

Nawaz, who is currently imprisoned at Kot Lakhpat Jail in Lahore, was awarded a seven-year imprisonment sentence by an accountability court in the Al Azizia/ Hill Metal Establishment corruption reference filed by the National Accountability Bureau in light of the top court’s Panamagate judgment.

An apex court bench led by Chief Justice of Pakistan Azmat Saeed Khosa heard an appeal submitted by Nawaz’s counsel Khawaja Haris, seeking suspension of sentence for eight weeks on medical grounds. The bench granted a six-week suspension and allowed Nawaz to receive treatment from his personal physician but restricted him from travelling abroad.

He blamed the Pakistan Tehreek-e-Insaf (PTI) for creating a false perception that Nawaz had refused to be treated locally and wanted to travel abroad. “Nawaz was given relief by the top court. We are confident his appeal against the verdict will also be accepted.”

He critcised the federal ministers for playing politics on a matter concerning a person’s health.