Police have descri­bed the assaul­t as an isolat­ed incide­nt commit­ted by a man known to author­ities
By AFP
Published: March 24, 2019
Tweet Email 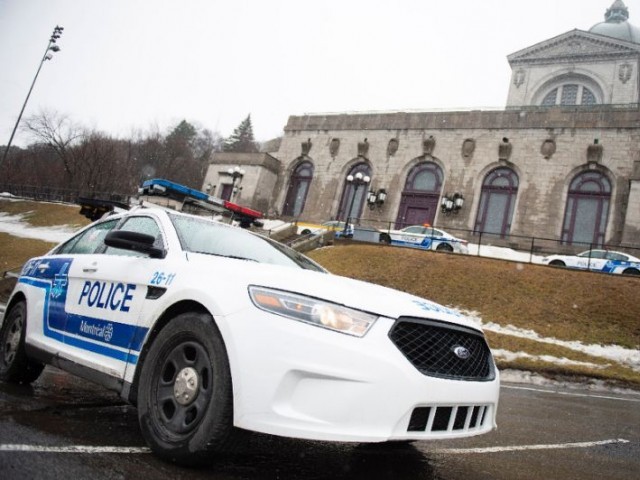 MONTREAL: A man who allegedly stabbed a priest in front of his congregation live on television during mass at Canada’s biggest church was charged Saturday with attempted murder and assault with a weapon.

Vlad Cristian Eremia, 26, appeared briefly by video link in a Montreal court on Saturday afternoon, sporting a beard and wearing a checked shirt.

He will remain in custody, with his next hearing on Monday.

The suspect is accused of attacking Claude Grou, the 77-year-old priest of St Joseph’s Oratory in Montreal during morning mass on Friday.

Grou was left with minor injuries, in an attack that unfolded in front of 60 horrified parishioners as well as viewers of a Catholic television station which was broadcasting the mass live.

Police have described the assault as an isolated incident committed by a man known to authorities, though the motive remains unclear.

Grou was able to leave hospital Friday and will rest for a few days before resuming his duties, the church said in a statement Saturday, adding that his wounds were “superficial.”

“My health is good and I am coming to grips with my emotions,” Grou said in a message thanking people for their support.

“St Joseph’s Oratory remains a place of welcome, of prayer and of calm as it has been for more than 100 years,” he added.

As a precaution, security will be strengthened in the coming weeks at the Oratory, spokesperson for the church said.

Considered the largest shrine in the world dedicated to St Joseph, the church receives about two million visitors a year.

Perched on a hillside, it offers a panoramic view of Montreal. It was founded in 1904 by Andre Bessette, who was canonized by Pope Benedict XVI in 2010.

Mueller finds no Trump-Russia conspiracy but some questions left unresolved