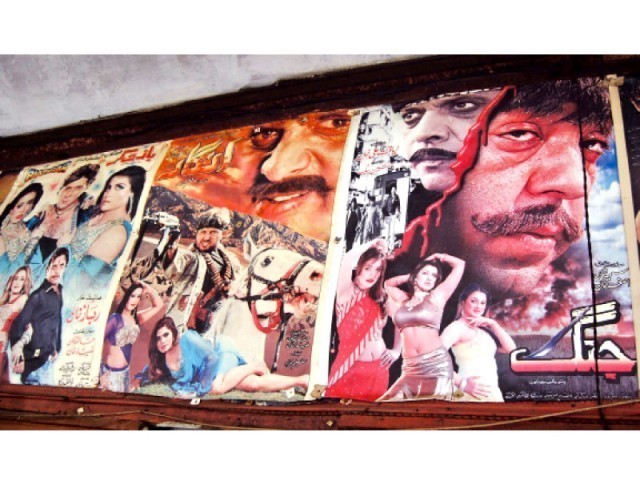 RAWALPINDI: In an age of digital technology when one can watch the latest movies on gigantic smart televisions from the comfort of the home people have virtually given up the idea of frequenting cinema houses.

Consequently with low attendance and limited ticket sales cinema houses are fading into oblivion. in Pakistan.

Twenty one cinemas in Rawalpindi city have either closed down, or showing one show a day or staging stage dramas

These cinemas were not only a source of cheap entertainment to public but they also rendered employment to several daily wagers.

Furthermore, progress and  development has taken over these cinemas as seven have been replaced by the multi-story plazas while some cinema houses are locked with their locks rusting.

Further, the crisis of the indigenous film industry and exhibition of modern Hollywood and Bollywood movies in expensive cinemas such as Cinepax have deprived the low-wage class from the cheapest and easily available  form of entertainment.

Transformation: Cinemas going out of fashion in Rawalpindi

A cinema which was once owned by famous singer Noor Jehan, also considered a hub of filmmakers, has now be converted into a musical plaza. The Nadir Cinema on Commercial road which was owned by the ex-federal minister , Nadir Pervaiz , has now been converted into a wedding hall. Similarly, the Naz cinema  at Murree road owned by the ex-provincial minister, Raja Ashfaq Sarwar, has now transformed into a huge shopping complex. The renowned Shabistan Cinema owned by the famous filmmaker at Committee Chowk had been closed down after its manager, Imtiaz Shah , was murdered. This cinema was successfully running stage shows. Similarly, another cinema opposite Gulistan Cinema,   has been demolished and replaced by a multi-story plaza now.

The city cinemas including Nawalti and Taj Mahal were completely demolished and later transformed into commercial markets.

The two cinemas, Moti Mahal and Rialto , are currently exhibiting only stage shows but the diminishing public in its shows was sign that they might be closed soon as well.

A lot is not different in Rose, Khursheed and Sairoz cinemas where the public attendance is dismal. In days of yore,l these cinemas ran some 3 to 4 shows every day including Pakistani and Punjabi films. These cinemas kept on exhibiting famous films such as  Sher Khan, Heer Ranjha, Dil Lagi, Intizar, Maula Jatt, Tees Marr Khan etc for weeks and months. The people used to wait hours long in queues for obtaining tickets whereas the passionate audience also eagerly bought tickets from  the black market. Prior to their arrival, the marketing of the films was done through the carts with announcements from loud speakers and advertisement boards.

Further, a senior cinema manager of Rawalpindi , Aurangzaib Khan , told the crisis of indigenous film industry has not only affected the artistes but the filmmaking department as well. This crisis has affected employees from top to bottom,  He added with the virtual demise of Pakistani film industry the country’s culture and arts has not been effectively promoted at the international level.

He stressed that the government should play its due role in the revival of local cinema so that they could again be populated. He added that the cinema revival would not only help in generating employment but it would be useful for tackling the prevailing Indian culture in the society.

‘China should continue to open up its economy’