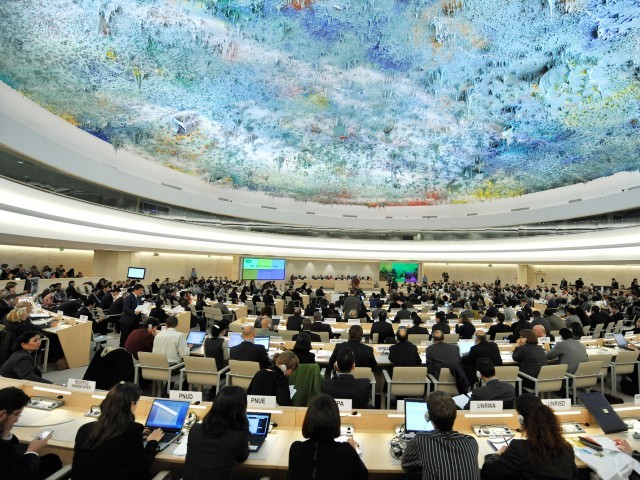 The UN Human Rights Council on Friday criticised Israeli settlement expansion in the occupied Syrian Golan Heights a day after US President Donald Trump’s decision to recognise Israeli sovereignty over the disputed territory.

The UN rights forum adopted an annual resolution on the Syrian Golan, brought by Pakistan on behalf of the Organisation of the Islamic Conference (OIC), with 26 states in favor, 16 against and 5 abstentions.

European members including Britain voted against it. The United States, which quit the Council last year accusing it of an anti-Israel bias, does not participate.

“Voting for such a resolution should send a clear message… to the occupying power and to all who support Israel inside this Council and outside,” Syria’s ambassador to the United Nations in Geneva, Hussam Edin Aala, told the talks.

“The United States is justifying the practices by the Israeli occupation and ignoring Security Council resolutions,” he said. “The occupied Syrian Golan was and shall remain Arab and Syrian.”