‘Islamophobia is a campaign to dehumanise and irrationally fear Muslims’

‘Islamophobia is a campaign to dehumanise and irrationally fear Muslims’

New Zealan­d’s imam in his Friday sermon thanke­d New Zealan­d for teachi­ng the world what it means to love and care
By Reuters
Published: March 22, 2019
Tweet Email 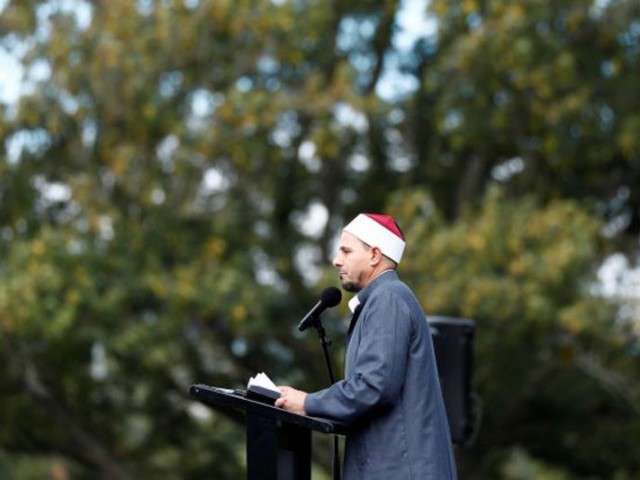 The Muslim call to prayer (Azaan) sounded out over Christchurch and around New Zealand on Friday, as thousands gathered to remember the 50 people killed by a lone gunman at two mosques a week ago.

Following is the text of the sermon given by Imam Gamal Fouda of the Al Noor mosque in Christchurch.

Last Friday I stood in this mosque and saw the hatred and the rage in the eyes of the terrorist who killed and martyred 50 innocent people, wounded 42, and broke the hearts of millions around the world.

Today from the same place I look out and I see the love and compassion in the eyes of thousands of fellow New Zealanders and human beings from across the globe, that fill the hearts of millions more who are not with us physically but in spirit.

This terrorist sought to tear our nation apart with an evil ideology that has torn the world apart. But instead, we have shown that New Zealand is unbreakable and that the world can see in us an example of love and unity.

This evil ideology of white supremacy did not strike us first, yet it struck us hardest. The number of people killed is not ordinary, but the solidarity in New Zealand is extraordinary.

To the families of the victims, your loved ones did not die in vain. Their blood has watered the seeds of hope. Through them, the world will see the beauty of Islam, and the beauty of our unity.

And Allah the Almighty says “do not say of those who have been killed in the way of Allah that they are dead, they are alive rejoicing with their Lord”. 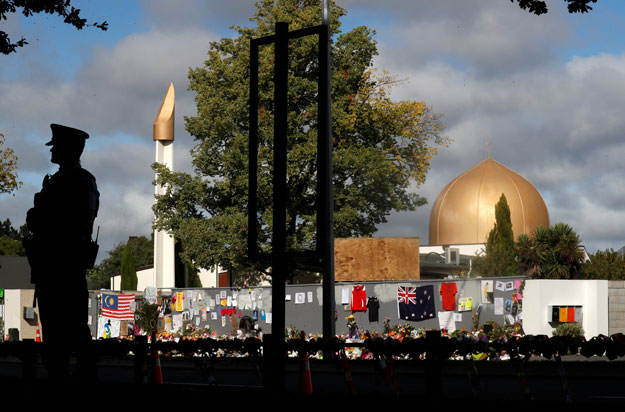 And they are not just martyrs of Islam, but they are martyrs for this nation.

Our loss of you, is a gain to New Zealand’s unity and strength.

Your departure is an awakening not just for our nation, but for all humanity.

Your martyrdom is a new life for New Zealand and a chance of prosperity for many.

Our assembly here, with all the shades of our diversity, is a testament of our joint humanity.

We are here in our hundreds and thousands unified for one purpose – that hate will be undone, and love will redeem us.

We are taught by our Prophet Muhammed (PBUH) that you can never truly show gratitude to the Almighty God, if you are incapable of thanking your fellow man.

To the people of New Zealand – Thank you.

Thank you for your tears.

Thank you for your Haka.

Thank you for your flowers.

Thank you for your love and compassion.

To our prime minister – thank you.

Thank you for your leadership, it has been a lesson for the world’s leaders.

Thank you for holding our families close and honouring us with a simple scarf.

Thank you for your words and tears of compassion.

Thank you for being one with us.

Thank you to the New Zealand government and to all the wonderful people who have shown us that we matter and are not forgotten.

Thank you to our police force and front-line services.

You put our lives before your own every day.

Thank you to the neighbours who opened their doors to save us from the killer.

Thank you to those who pulled over their cars to help us.

Thank you to those who brought us food and held us when we found it difficult to stand.

Thank you New Zealand for teaching the world what it means to love and care.

To my brothers and sisters, those who are here today to perform the weekly Friday prayer.

Thank you for coming together once again. It is easy to feel lost after the trauma you and I experienced. But the promise of Allah made to us is true:

“Give glad news to the patient – Those who when afflicted they say, To Allah we all belong, and to Him we shall return. They are those upon whom God’s Mercy descends”.

Thank you for your steadfastness and standing tall when many others would fall. 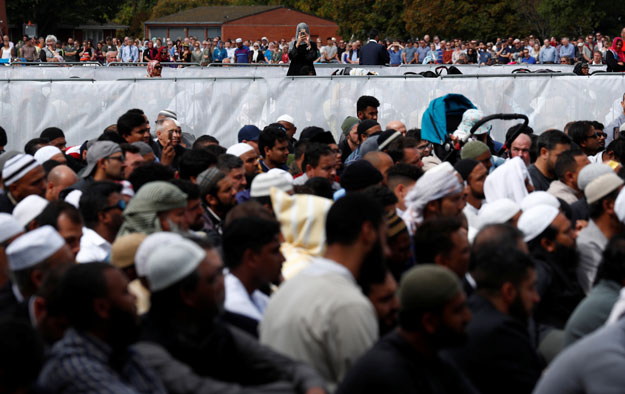 Islamophobia KILLS. Muslims have felt its pain for many years. It has killed before in Canada and its brutality was used against teens in Norway and against innocent Muslims in the UK, USA and other countries around the world.

Islamophobia is REAL. It is a targeted campaign to influence people to dehumanize and irrationally fear Muslims.

We call upon governments around the world to bring an end to hate speech and the politics of fear.

The martyrdom of 50 innocent people and the injury of 42 last Friday did not come overnight. It was the result of the anti-Islamic and anti-Muslim rhetoric by some political leaders, some media agencies and others.

Last week’s event is proof and evidence to the entire world that terrorism has no colour, has no race and has no religion.

The rise of white supremacy and right-wing extremism is a great global threat to mankind AND THIS MUST END NOW!

I want to take this opportunity to thank my Muslim and non-Muslim brothers and sisters for attending today and I would also like to thank our international guests who are with us and had come to our support and aid in these difficult times and moments.

O’ Allah have mercy upon us all.

O’ Allah have mercy upon those who were massacred last week.

O’ Allah grant them the highest level of paradise.

O’ Allah grant the injured a speedy recovery and grant the families of the victims’ patience.

O’ Allah grant our nation and country New Zealand peace, security and protect it and its people from all evils.

Explainer: What is the significance of the Golan Heights