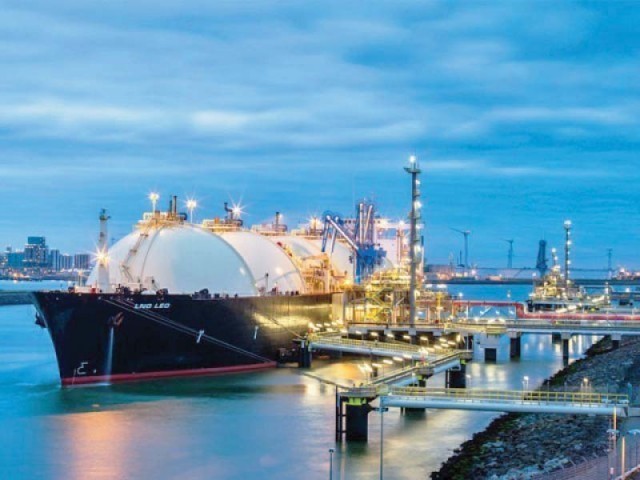 At present, Pakistan is importing 500 mmcfd of LNG from Qatar and has planned to step up imports to 700 mmcfd. PHOTO: FILE

ISLAMABAD: Qatar has agreed to increase the export of liquefied natural gas (LNG) to Pakistan by 200 million cubic feet per day (mmcfd).

The Economic Coordination Committee (ECC) of the cabinet, which is scheduled to meet on Friday, is likely to allow the additional import of 200 mmcfd from Qatar. After the ECC’s go-ahead, a price negotiation committee will discuss with Qatar the LNG price for the additional supply.

Earlier, Pakistan had also sought an increase in gas shipments from Qatar during Prime Minister Imran Khan’s visit to Doha.

The ECC is going to take a decision on the matter despite an investigation by the anti-corruption watchdog into a previous long-term deal with Qatar for LNG supply to Pakistan over a period of 15 years. An agreement for this deal was signed during the tenure of previous Pakistan Muslim League-Nawaz (PML-N) government.

At present, Pakistan is importing 500 mmcfd of LNG from Qatar and has planned to step up imports to 700 mmcfd in a bid to run the second LNG terminal at Port Qasim at maximum capacity.

The current Pakistan Tehreek-e-Insaf (PTI) government has been critical of the LNG import deal inked by the PML-N government and the National Accountability Bureau (NAB) is investigating the matter.

The anti-corruption watchdog had written a letter to Railways Minister Sheikh Rashid Ahmed, asking him to provide proof that the LNG deal had been inked at a higher price of 13.37% of Brent crude price. The minister later appeared before NAB and presented evidence.

A special audit has pointed to a loss of billions of rupees to the national exchequer following the LNG import agreement with Qatar.

The total capacity of the second LNG terminal is 750 mmcfd, but the government has allocated it a capacity of 600 mmcfd. Pakistan LNG Limited (PLL) has secured a dedicated supply of 200 mmcfd which is processed at the second terminal and the remaining 400 mmcfd is being imported through spot purchases.

Private-sector stakeholders have asked the government to allocate them the idle capacity of 150 mmcfd at the second LNG terminal. However, “now the government is planning to utilise the entire terminal capacity as it is seeking an additional volume of 200 mmcfd from Qatar,” an official said.

PLL, Sui Northern Gas Pipelines Limited and LNG consumers like independent power producers (IPPs) and compressed natural gas (CNG) filling stations are required to sign an agreement, but the private sector is reluctant to ink deal on a ‘take and pay’ basis. Last year, the second LNG terminal was running at low capacity in the wake of the failure of state-run companies to raise LNG imports as well as a refusal on the part of power producers to place firm orders for LNG supply.

Consumers paid an additional $45 million for the unutilised capacity of the second LNG terminal in 2018. “They are also likely to pay an extra $40 million in the ongoing calendar year if the tussle between the LNG supplier and consumers continues,” the official said.