Hotels and food shops to be classi­fied on the basis of their cleanl­iness
By Our Correspondent
Published: March 17, 2019
Tweet Email 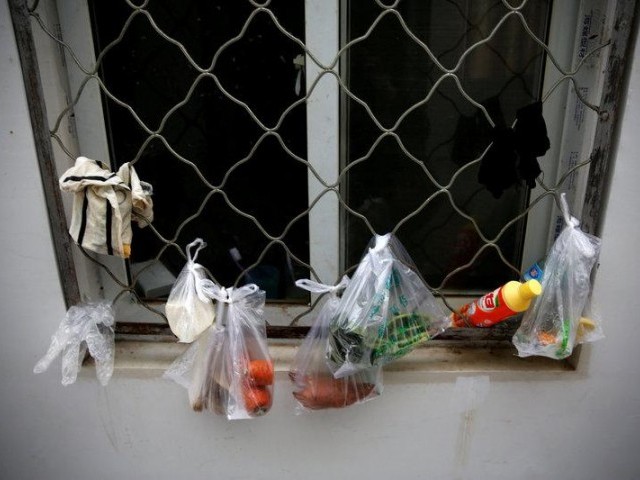 Groceries in plastic bags hang by a window. PHOTO: REUTERS

PESHAWAR: Khyber-Pakhtunkhwa government has banned use of plastic bags all over the province and also decided to classify hotels and food shops on the basis of their cleanliness.

The decision to this effect was taken by a high ranking committee headed by Information Minister Shaukat Yousafzai, a statement said on Saturday.

Information minister talking to the media said that deputy commissioners will  impose section 144 on manufacturing and sale of plastic bags.

Local Government Act already existed and the Environmental Protection Act has also come into place according to which shoppers weighing less than 50 micron would not be allowed adding that no shopping bags other than biodegradable would be acceptable.