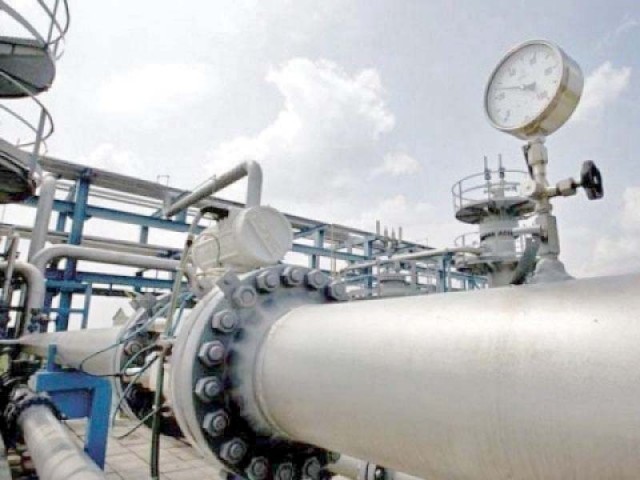 ISLAMABAD: A parliamentary panel on Friday recommended that the government should recover the outstanding gas infrastructure development cess (GIDC) in six installments from defaulter business tycoons who have got a tax relief of Rs200 billion.

The Senate Standing Committee on Petroleum, in a meeting chaired by Senator Mohsin Aziz, was informed that different sectors had to pay Rs416 billion in GIDC earlier, but the government waived 50% of the dues.

The government wanted to recover the remaining 50% cess in two installments, but the Senate committee recommended its collection in six installments.

In the meeting, Petroleum Minister Ghulam Sarwar Khan acknowledged that public gas utilities had applied a wrong pressure factor while preparing bills for 3.3 million consumers, which inflated their bills. He stressed that the government had decided to reimburse the amount to the consumers who had received inflated bills.

“Action will be taken against those who applied the wrong pressure factor while calculating consumer bills,” he said.

The minister also admitted that there had been a technical fault in creating new gas slabs for the consumers, adding the two state-owned gas utilities had been facing a loss of Rs154 billion over the last four years.

The minister also pointed out that the previous government had approved huge gas supply schemes worth Rs55 billion in the last days of its tenure.

Sui Northern Gas Pipelines was facing 11% loss whereas Sui Southern Gas Company’s loss came in at 13%, he said, adding that there was 72% gas leakage and theft in Balochistan and the issue was taken up with the provincial government to address it.

Senator Kabeer Shahi complained that the petroleum minister and petroleum secretary did not pay attention to meetings of the parliamentary committee. He also expressed serious reservations about the inflated gas bills.

Senator Jehanzeb pointed out that people living near gas producing fields were being deprived of gas supply whereas Senator Sardar Muhammad Shafiq said consumers had been facing hardship due to low gas pressure.

The committee voiced concern over delay in providing gas connections in Sindh, Balochistan and Khyber-Pakhtunkhwa.

It noted that industrial gas connections were being provided in Punjab whereas industrialists in other provinces were being denied gas supply.

The director general gas clarified that industries in Punjab were receiving imported gas and connections to industrial units in other provinces would also be given if they were ready to take imported gas.

Another power tariff hike on the cards