Says India has not accept­ed the 42 per cent of Muslim­s residi­ng there
By News Desk
Published: March 14, 2019
Tweet Email 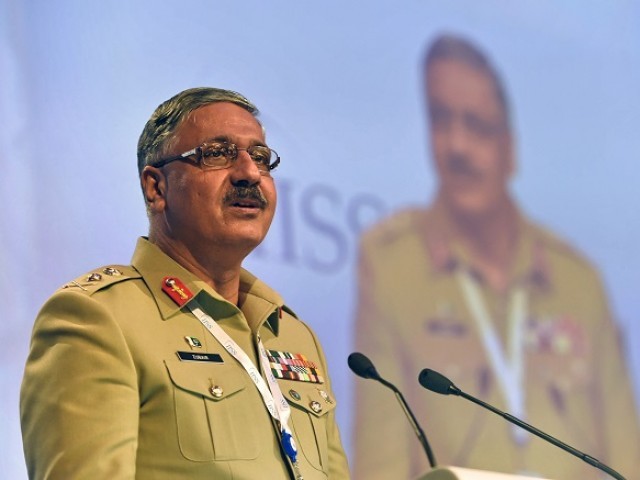 Chairman of Joint Chief of Staff Committee General Zubair Mehmood Hayat reaffirmed on Thursday that ‘no power on earth could undo Pakistan’ till the youth carried its flag.

Addressing a conference at the University of Karachi, the CJSC said that the nation of Pakistan is distinct. “We turned into a nation 70 years back. Our culture is centuries old. No power on earth can end Pakistan,” he added.

‘Pakistan on path of progress’

He also addressed the difficulties Muslims face in India saying their homes are being burnt.

“India does not accept the 42 per cent of Muslims residing there. Our founder, Jinnah had said Muslims are not a minority but a nation. Pakistan will always remain an Islamic state which is equal for all.”

General Hayat also stressed upon the importance of youth who he said will take the country forward. “We are a nation of highly competent individuals and the country’s youth has political and cultural awareness.”