A Sweden-based think tank says Israel, the US and France increa­sed their arms export­s to New Delhi during 2014-18
By News Desk
Published: March 12, 2019
Tweet Email 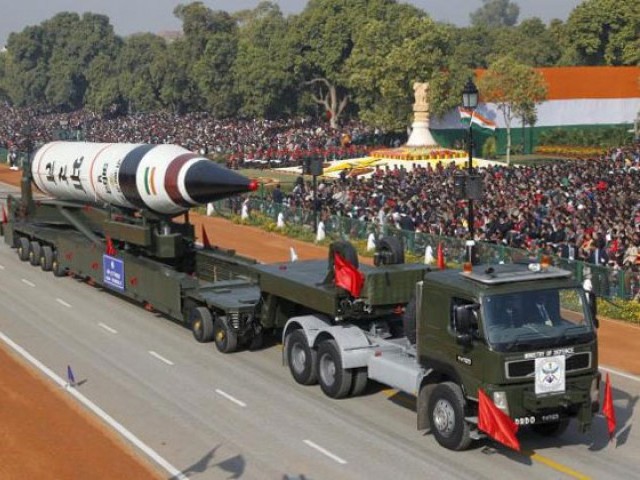 A Sweden-based think tank says Israel, the US and France increased their arms exports to New Delhi during 2014-18. PHOTO: REUTERS

A Sweden-based think tank revealed that India was the world’s second largest importer of major arms in 2014-18 and accounted for 9.5 per cent of the global total, Radio Pakistan reported.

According to the think tank, the South-Asian country was among the top five arms importers in the world for decades.

Threat of further escalation with India ‘over’

Israel, the United States (US) and France all increased their arms exports to India in the aforementioned five-year period.

The report added that New Delhi signed several big deals with Russia recently and more are in the pipeline.

For the period 2013-2017, New Delhi accounted for 13 per cent of all imports and was the world’s largest importer.