Accord­ing to Dutch media, police have launch­ed an invest­igatio­n into the incide­nt
Published: March 11, 2019
Tweet Email 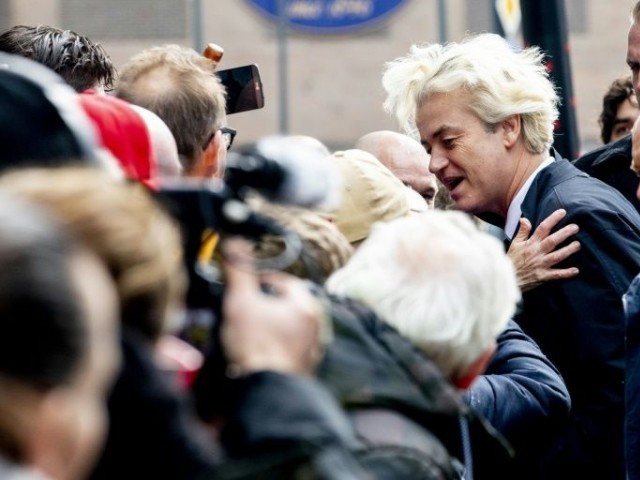 The suspect was detained as the far-right leader handed out leaflets in Heerlen, in the southwest of the Netherlands, ahead of provincial polls on March 20.

“The man held on Saturday in Heerlen before leafletting in Heerlen had — so NCTV tells me today — two knives and an axe on him,” Wilders tweeted, referring to the Dutch national anti-terrorism service.

“Compliments to the police and the NCTV for their vigilance — a lot of misery was avoided,” added Wilders, who heads the Freedom Party (PVV).

The NCTV confirmed to AFP that the details given by Wilders were correct but refused to give further information on the identity of the suspect, his aims or how he was arrested.

Wilders is widely seen as a successor to the far-right populist Pim Fortuyn, who was assassinated in 2002.

He is currently appealing a Dutch court ruling finding him guilty of discrimination for calling at a 2014 election rally for “fewer Moroccans” in the Netherlands.

The PVV is the largest opposition party in the Netherlands, with 20 seats in the lower house of parliament and nine in the senate.

But while it is hoping to boost its share in the provincial elections, which determine the make-up of the senate, the party risks losing ground to the newer populist, eurosceptic Forum for Democracy, led by Thierry Baudet.