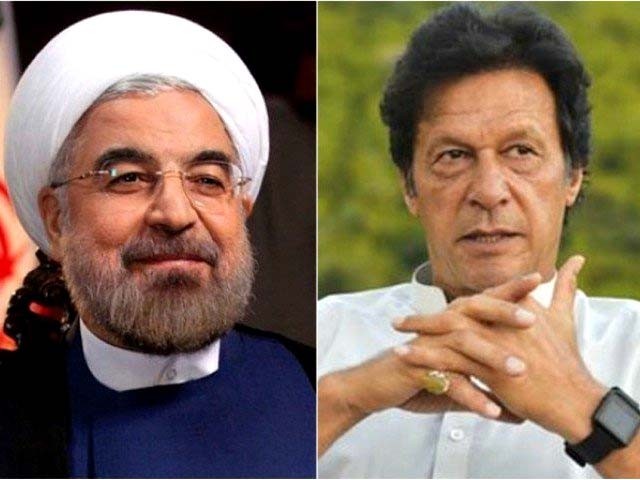 Prime Minister Imran Khan said he would soon have “good news” for Iran as he spoke to Iranian President Hassan Rouhani over telephone on Saturday.

Prime Minister Imran’s remarks came after the Iranian president urged him to take “decisive” action against a militant group that claimed a deadly suicide attack in a border area.

“We are awaiting your decisive operations against these terrorists,” Iran’s IRNA news quoted Rouhani as saying during the telephonic conversation with the prime minister.

“We should not allow decades of friendship and fraternity between the two countries to be affected by the actions of small terrorist groups, the source of whose financing and arms is known to both of us,” Rouhani said.

Iran has blamed its regional rival Saudi Arabia and arch-enemies Israel and the United States for the attack and other cross-border raids, an accusation rejected by the countries.

Prime Minister Imran said, “It is in Pakistan’s own interest not to allow our territory to be used by terrorist groups, and the Pakistani army is prepared to confront the terrorists more decisively with the information provided by Iran.”

He said Pakistani forces had come close to the terrorists’ hideout and there would soon be “good news” for Iran, IRNA reported.

Later, Pakistan’s Foreign Office said that both leaders reiterated the importance of strengthening bilateral relations. Both sides looked forward to the visit of Prime Minister Imran Khan to Iran in the near future. Both agreed that the visit would help deepen bilateral coordination and cooperation, it added.

According to the FO statement, Prime Minister Imran expressed his heartfelt condolences on the deadly terrorist attack. “Both leaders agreed on the need for closer cooperation among the two intelligence agencies in combatting terrorism.”

The prime minister also thanked the Iranian leadership for their consistent and principled support for the people of Jammu and Kashmir.