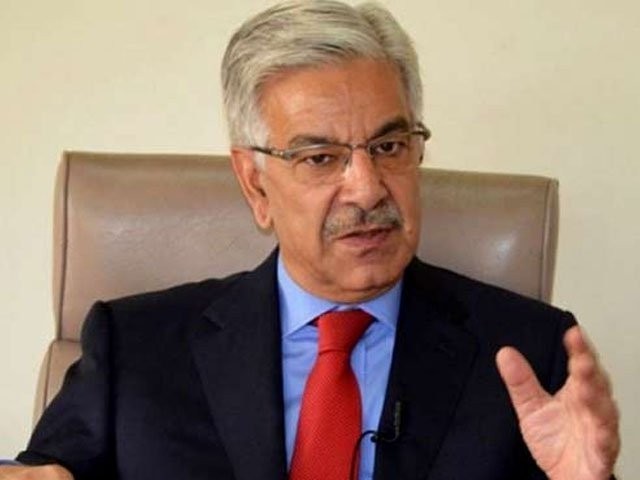 ISLAMABAD: Pakistan Muslim League-Nawaz (PML-N) leader Khawaja Asif has warned the government against putting Nawaz Sharif’s life and health at risk as this would lead to “a violent turn of events”.

Defending the PML-N supremo’s decision of not going to hospital, he said that any honourable person would not compromise his integrity any further, when something as private and sensitive as someone’s medical condition was being politicised.

The former defence minister, while speaking to the media in Islamabad on Saturday, said that Nawaz was suffering from a stage-three kidney disorder in addition to his cardiac disease.

He said that the three-time prime minister of the country was taken to two different hospitals in as many months, where he was not given any appropriate treatment because these hospitals refused to handle the complicated medical condition Nawaz is suffering from.

Asif said that Nawaz was also suffering from diabetes, hypertension and a complicated cardiac condition for which he has undergone open-heart surgery twice and angioplasty on a number of occasions.

He condemned the Pakistan Tehreek-e-Insaf (PTI) government’s attempts at political point scoring over health of the PML-N leader and warned that “if this attitude does not stop immediately, then PML-N and lovers of Nawaz Sharif would take matters into their own hand.”