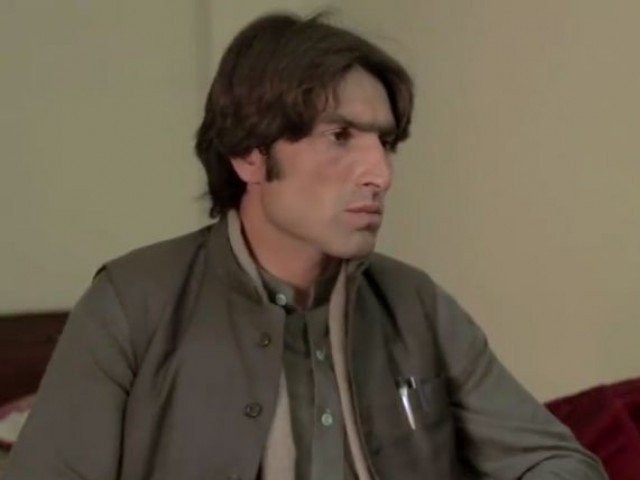 ABBOTTABAD: Hazara police has arrested one of the three suspects who had been nominated as the killers of Afzal Kohistani, the man responsible for making public the Kohistan video scandal.

Abbottabad DPO Abdul Majeed Marwat in hurriedly called press conference here at his office on Friday said that Mosaam Khan is arrested from his native Palas village in Kohistan in a successful raid and efforts were underway to arrest to other suspects, Bazameer and Abdul Hameed.

He said that the police had arrested the man after an initial investigation was carried out in the Afzal Kohistani murder. Marwat also confirmed that a weapon has been recovered from the suspect’s possession.

According to Marwat, the suspect will be presented before a judicial magistrate so that his physical remand can be obtained.

Marwat said that police recorded statement of Faizur Rehman, nephew of Kohistani, yesterday. Police had arrested Rehman on charges of the murder of his uncle.

“I pulled out my uncle’s pistol and started shooting at the assailants, which is why police caught me with a smoking gun,” DPO Majeed quoted Rehman who was arrested for killing his uncle and charged in the FIR.

DPO Abbottabad Abdul Majeed Marwat further said that evidence collected from the crime scene including the pistol and bullet covers have been sent for forensic test at Peshawar and police expected to receive the test report which would help the investigation team find the clue of killer.

More than 1,000 women are killed in Pakistan each year in honour killings. They often occur when a girl refuses an arranged marriage or chooses her own husband. But women have also been killed for talking to men, wearing jeans or leaving abusive homes. Many are executed on the orders of male tribal councils called jirgas, which have also handed down sentences of rape or mutilation. Afzal Kohistani made headlines in 2012, claiming a tribal council had ordered the execution of four women and two of his brothers after a grainy video emerged of the group singing and clapping to music in the remote Pallas Valley of K-P.

A fifth girl, 12-year old, was killed for talking to her sister after the sentence had been passed, he said. While the case was being heard in court in 2013, three of Afzal’s brothers – including the two in the video – were killed. The family’s land was seized and their home burned down. What happened to the five women remains a mystery. Two out of three investigators at the time concluded after a hurried investigation that they were alive and the matter was dropped.

(With additional reporting by Reuters)