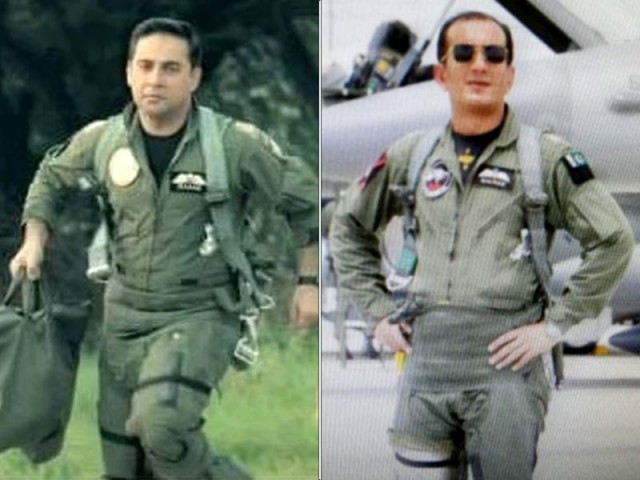 ISLAMABAD: The government on Wednesday for the first time named the pilots who shot down two Indian warplanes last week, in a rare aerial engagement which had ignited fears of an all-out conflict with its nuclear rival.

The dogfight over the disputed Himalayan territory of Kashmir on February 27 ended with two Indian Air Force fighter jets downed and a pilot captured by the Pakistani security forces.

He was returned to India on Friday, crossing the Wagah border on foot.

The clash also fuelled fears that soaring tensions between the South Asian countries could erupt into their fourth war, with world powers rushing to urge restraint.

He named them as Squadron Leader Hassan Siddiqui and Wing Commander Nauman Ali Khan, saying he wanted to “pay tribute” to them both.

Siddiqui had been widely named in unverified comments on social media.

India was quick to blame Pakistan for the suicide bombing. PM Imran offered every possible help in the investigation, but India turned down the offer and whipped up war hysteria.

On February 27, Pakistan announced it had shot down two Indian fighter jets that attempted to violate its airspace and captured an Indian pilot.

On March 1, Pakistan ‘as a goodwill gesture’ handed over to Indian authorities the captured IAF Wing Commander Abhinandan Varthaman.