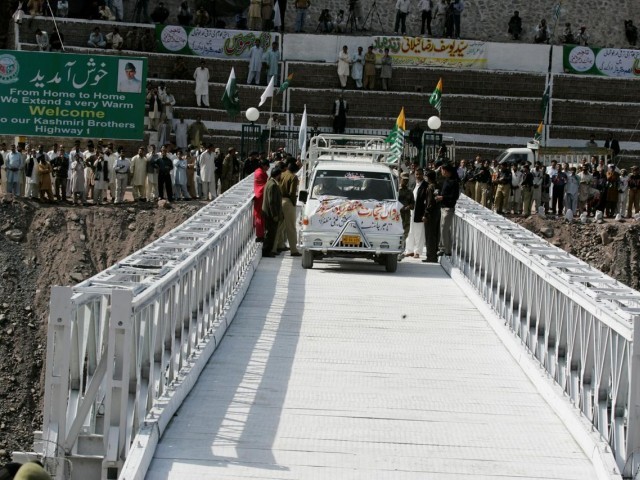 SRINAGAR: India and Pakistan resumed barter trade at a border crossing in Kashmir on Tuesday, an Indian official said, but tension in the contested region continued with a general strike and more fighting between Indian security forces and Kashmiri fighters.

Hostilities between the nuclear-armed neighbours escalated dramatically late last month, after a suicide attack in the Pulwama district of Indian-controlled Kashmir on February 14. Firing along the border became a common sight, disrupting trade and travel.

Trade across the border, known as the Line of Control (LoC), was part-suspended after repeated mortar and small arms fire at Uri, a border town where the exchange of goods takes place.

But on Tuesday the route re-opened after firing in the region eased, said Riyaz Ahmad Malik, an official in the Indian-controlled part of Kashmir.

Thirty-five trucks left for Chakothi on the Pakistani side of the border with a similar number moving in the opposite direction, he said.

Trade across the LoC operates on a barter system, where no money is exchanged.

“This trade is heavily dependent on the trust factor,” said Pawan Anand, President of a local trading association in Indian-administered Kashmir. “We neither meet traders of Pakistan nor can check the quality of imported goods until they reach us.”

Ashfaq Ahmad, a trader in Srinagar, the capital of Indian-administered Kashmir, said he quoted rates on WhatsApp with his Pakistani counterpart.

“I send cumin and chilli seeds to Pakistan and in return order prayer mats and cloth,” he said. “If there is any difference, it is adjusted in the next consignment. It is all trust-based trade but it is working.”