Crisis with India can have unintended impact on Afghan peace process: Maleeha

Crisis with India can have unintended impact on Afghan peace process: Maleeha

'Our attent­ion is going to be where we feel there is a milita­ry threat to us'
By APP
Published: March 5, 2019
Tweet Email 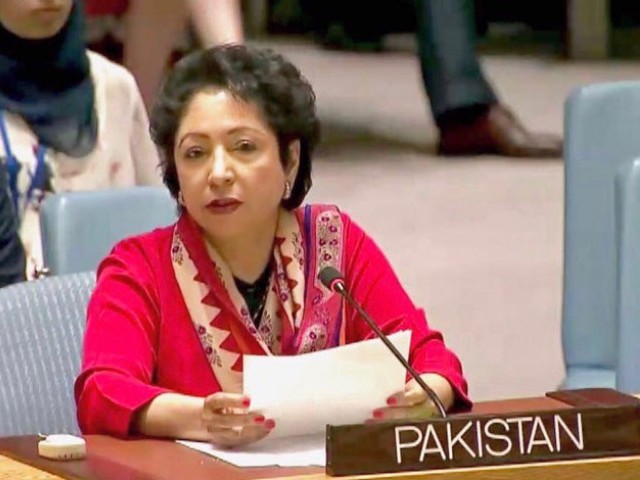 NEW YORK: The ongoing crisis with India means that Pakistan’s full focus has to be on its eastern frontier and that has implications for the nascent Afghan peace process, Pakistan’s Representative to the United Nations Maleeha Lodhi said in an interview with Fox News.

Although she stopped short of saying this would affect Pakistan’s role in the process, her message was clear that the shift in focus could have that unintended results.

“Our attention is going to be where we feel there is a military threat to us,” Ambassador Lodhi said in response to a question about the possible impact of the simmering India-Pakistan tensions stemming from the Kashmir dispute.

That ongoing threat, she clarified, was from India.

The latest round of Afghan peace talks is taking place in Doha, Qatar, between Zalmay Khalilzad, the American special envoy, and Mullah Abdul Ghani Baradar, the Taliban’s deputy leader, who for the first time is taking a more direct role in the process.

“Both (Afghanistan) and (Kashmir) issues are important in their own right. But it is the eastern border, from where India attacked Pakistan. They sent planes into our territory. That’s a hot border,” the envoy added.

“We are in the midst of a very tense situation, a very fraught situation,” the Pakistani envoy continued. “The Indian leadership is failing to respond to Prime Minister Imran Khan’s repeated gestures (for peace), which included freeing and releasing the Indian pilot.”

The turmoil in Kashmir escalated on February 14, after a suicide bombing killed more than 40 Indian paramilitary troops in Kashmir. Pakistan categorically denied any involvement and offered to investigate, but India still went ahead and dropped bombs inside Pakistani territory.

“We kept asking the Indians to give us what you have and we will act on it”, Ambassador Lodhi said, adding that only couple of days ago, the so-called dossier has been handed over Pakistan.

“We are examining that dossier to see if there is anything there on which we need to act, and we will act if there is any solid evidence, but we cannot act on the basis of allegations,” she said.

Replying to a question about Kashmir, the Pakistani envoy said the dispute has been there for the past 70 years.

“It has to be addressed, in its own right and (on) its own merits because it will remain an issue that will lead to repeated tensions between India and Pakistan and in any case, it is an issue that is on the Security Council agenda and it has resolutions that remain unimplemented.”