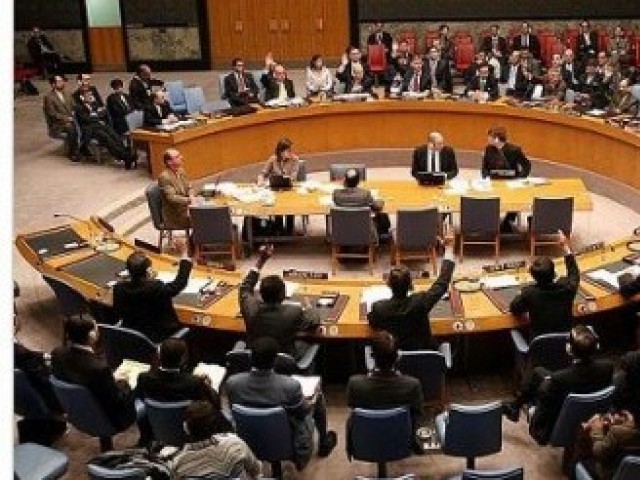 ISLAMABAD.: The federal government on Monday announced the freezing of accounts and seizure of assets linked to organisations banned by the UN Security Council (UNSC).

Interpreting the order, Foreign Office Spokesperson Dr Mohammad Faisal said it means that the government has taken over the control of all proscribed outfits operating in the country.

“[From now onwards], all kinds of assets and properties of all [banned] organisations will be in the government’s control,” the spokesperson told a private TV channel.

He added that the government will now also seize the charity wings and ambulances of such banned outfits.

“The objective of the [order] is to streamline the procedure for implementation of Security Council Sanctions against designated individuals and entities,” the spokesperson said in a statement.

It may be recalled that the Chapter VII of the United Nations Charter authorises the United Nations Security Council (UNSC), acting under Article 41, to decide measures, not involving the use of armed force, to give effect to its decisions for the maintenance of international peace and security.

“Over the years the sanctions regime of the United Nations Security Council have evolved. A key measure of these sanctions regimes is “assets freeze” under which States are required to freeze/seize the assets of designated entities and individuals as soon as they are designated by the relevant UNSC Sanctions Committee,” the Foreign Office said.

Also on Monday, a high-level meeting was held at the interior ministry to discuss the implementation of the National Action Plan (NAP). Representatives of all provincial governments were in attendance.

During the huddle, the interior ministry directed all provincial governments to “speed up” action against banned organisations, a spokesperson for the ministry said.

The developments come a day after reports emerged of a decisive crackdown to be imminently launched by the government against extremist and militant organisations in the country.

Federal Minister for Information and Broadcasting Fawad Chaudhry, too, said the government had taken a firm decision that there would be stern action against all militant groups. This, he said, was in accordance with the political consensus contained in the NAP.

The National Security Committee had in its February 21 meeting “decided to accelerate action against proscribed organisations” and ordered re-imposition of ban on JuD and FIF. Prime Minister Imran Khan had on that occasion, while emphasising eradication of “militancy and extremism” from society, said the state could not be allowed to “become hostage to extremists”.

[With additional input from Agencies]