'All signs point to a downin­g of a Soviet-era MiG 21 belong­ing to the Indian Air Force'
By News Desk
Published: March 3, 2019
Tweet Email 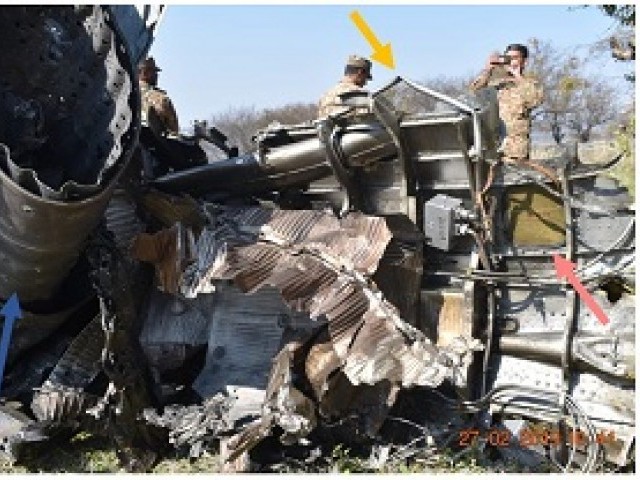 Indian claims of shooting down a Pakistan F-16 jet along the Line of Control (LoC) during the recent standoff between the two neighbouring countries have been debunked by an investigative website, Bellingcat.

The website, which is known for its accurate analysis of war zones, exposed the India’s false claims with the help of thorough research and technical explanation.

Finnish expert Veli-Pekkalt, who authored the report, concluded in his research that evidence shared by the Indian government and media proved that a Soviet-era MiG 21 belonging to the Indian Air Force (IAF) was shot down during the dogfight instead of an F-16.

“All signs point to a downing of a Soviet-era MiG 21 belonging to the Indian Air Force, instead of a Pakistani F-16 as claimed by India”.

In his comprehensive findings, it was stated that there was no “compelling evidence” that an F-16 was shot down by India.

The expert also referred to the pictures shared by the Indian media claiming to be the wreckage of Pakistan’s F-16.

Pictures shared by both Pakistan and India were examined by the website before reaching to the conclusion.

On February 27, Pakistan Air Force fighter jets shot down two Indian warplanes after they intruded into its airspace while responding to a Pakistani aerial mission on targets inside Indian Occupied Kashmir and arrested one Indian pilot, Wing Commander Abhinandan Varthaman.