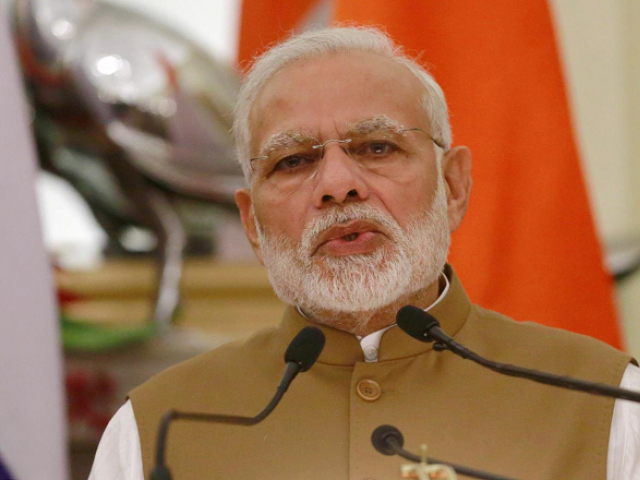 In a span of one week, India dropped its payload, its military reputation and its moral standing.

What a week for Narendra Modi and his plans to dominate the escalatory and electoral ladders. Now both are in disarray.

Many lessons should be drawn from the events unfolding after the Pulwama attack. Since we are still in the thick of the crisis — with the Line of Control (LoC) red hot — key takeaways of the post-Pulwama situation may best wait. But some things cannot, and should not, wait for the guns to fall silent.

Remember the picture of the captured Indian pilot with a bloody nose? While the pilot’s nose may have already healed, India’s nose will not heal so soon. Here’s why:

India has built around itself an aura of a global power whose time has come. For at least the last two decades it has been inflating itself as military-economic-cultural juggernaut that is gaining in size and strength with each passing year. While it may be true that India has made significant strides in all three areas, Indians made one unwitting mistake — they took their eye off the in-swinging ball. In the exuberance of sudden global attention, the Indian storytellers of the political-media combine veered from fact into fiction. Most did not detect this gradual transformation of the India story from what it was to what they wished it were. There were voters and viewers to be won and nothing wins them over more effectively than a well-told story.

And so over the years, India began to genuinely believe that it was the Elevated One, the Designated One, perhaps even the Chosen One. The future, Indians said with earnest glee, was India’s. And the future was already here. In this future-draped present, many Indians believed, Pakistan was a fly that could be swatted when it buzzed too loudly in India’s ear.

Delusions of grandeur were an organic by-product of this manufactured belief. The world began to see Indians weaving these delusionary strands into their social DNA and emitting them through their thoughts, attitudes and demeanour. Many Indians sprayed an air of misplaced superiority on themselves like cheap perfume and strutted around like peacocks. But superiority against whom? China? America? Russia? Even delusions have limits. Pakistan therefore became the natural comparison. By trashing Pakistan, bad-mouthing Pakistan, threatening Pakistan, many Indians perhaps subconsciously tried to validate their deeply-ingrained delusions.

So we saw India’s politicians and media people obsessing about Pakistan. To them Pakistan was a carpet under which they could hide their own dirt, and perhaps their insecurities too. This peculiar obsession with Pakistan birthed a weird cycle of national hysteria in India: political discourse fuelled media’s poisonous rhetoric which in turn nourished popular Bollywood trash which then fed back into political bashing that provided sustenance to media’s prime-time obsession with Pakistan….And the cycle went on and on increasing in velocity and intensity with each passing day.

As these delusions ballooned, so did their manifestations through words and actions. Behind the hissing of Indian anchors and the sneering of Indian columnists you could detect that hostility to Pakistan had changed to an air of superiority that had transformed into thinly-disguised arrogance articulated via sweet seething contempt. This contempt was borne with something deeper than cricketing rivalry or Kashmir or even the original wound they suffered in 1947 — no, this was visceral stuff.

Not surprising then that every time in recent years when a conflagration happened, Indian politicians and commentators would threaten to “teach Pakistan a lesson”. Such a threat insinuated that India could, if it wanted to, sort Pakistan out, but wasn’t doing so because it could “tolerate” Pakistan. The assumption was that it was India’s restraint — not its inability — that was holding it back from swatting Pakistan like a fly. Delusions had taken on a life of their own, and were paying rich dividends both in terms of votes and ratings.

All in India would have lived happily ever after in this bubble had they not decided to act upon it. Bubbles burst easily, you know.

The cyclone of Politician-Media-Bollywood fuelled anti-Pakistan delusional hysteria peaked the day Indian aircraft violated our air space and dropped their payload on a Balakot hillside. The next 24 hours saw India experiencing genuine nirvana — the kind in which you go into a hypnotic paradise and wonder why the world is so beautiful, colourful and serene. Indians laughed and cried and hugged themselves while jumping up and down. They loved life and every single payload it had to offer. They were superior. They were powerful. It was all true. What Modi said, what media said, it was all true, true, true…

High in the air above the LoC on February 28, the bubble of India’s huge delusion burst in a gigantic ball of fire and crashed on the ground along with the debris of a billion people’s aspiration of grandeur. The bloody nose was not Abhinandan’s alone.

The felling of two Indian planes and the capture of one pilot was not enough damage to overturn decades of delusions; but it was enough to puncture the bubble. Modi tried to kill Pakistan’s deterrence, he ended up killing India’s dream.

It’s a different world out there beyond the bubble; a world where the bleeding wound of Kashmir is more visible than ever before; where the policy of trying to ‘punish’ Pakistan is under greater criticism; where loud- mouthed anchor and their studio clowns in Noida are eating crow — and their pride — in dry mouthfuls; where media intellectuals out to de-clutter things are finding it impossible to de-clutter the emotional baggage of their own professional dishonesty, where Indian generals and air marshals are stammering like bumbling idiots; where the lies peddled repeatedly over the years by governments and the media are coming undone in the hills above Balakot and where millions of sane Indians may soon be asking themselves: all those dreams and delusions of grandeur — were they all lies, lies, lies…?

And you thought India had just lost two planes?