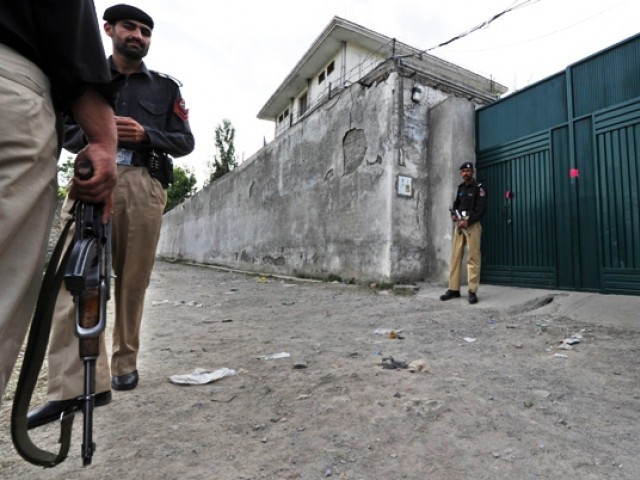 Policemen stand guard outside the hideout house of slain Al-Qaeda leader Osama bin Laden in Abbottabad on May 5, 2011. PHOTO: AFP

Pakistan was aware of increased US intelligence activity in Abbottabad weeks before the raid that killed Osama bin Laden in May, an Arab diplomat with direct knowledge of the events told CNN on Saturday. The diplomat, who wished to remain anonymous, said Pakistan knew what America was doing but “never, never had any idea the operation was about Bin Laden.” The diplomat was approached privately by a Pakistani to inquire about heightened US intelligence-gathering activities. He said it was assumed Pakistan was asking all Arab allies.

The diplomat said he is sure officials in Pakistan “had no idea where Bin Laden was.” He also said “it was always clear (Ayman) al Zawahiri was going to replace Bin Laden.” “It’s not in their culture to go with someone else. They (al Qaeda) value loyalty,” the diplomat said.