Rupee drops to record low of 139.25 against US dollar

Rupee drops to record low of 139.25 against US dollar 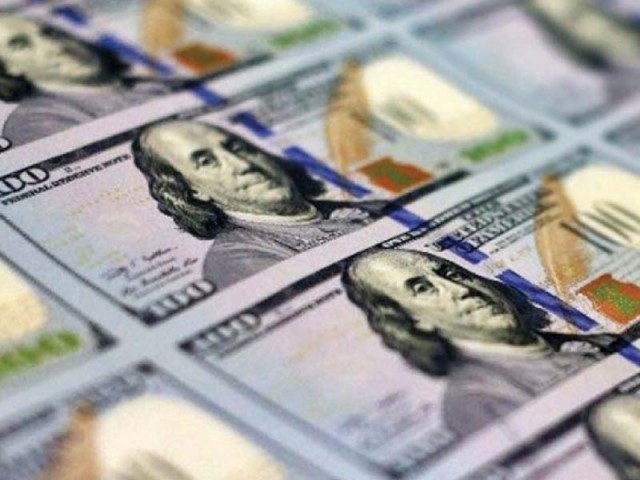 Foreign investors, who remained net sellers for over 3 years, have sold stocks worth net $941,294 in the past 2 days, according to NCCPL. PHOTO: FILE

KARACHI: The escalation in tension on Pakistan-India border weighed on economies of the two neighbouring nuclear-armed nations as their currencies and stocks dipped, while gold surged on Wednesday.

In case of Pakistan, the rupee closed at a record low of 139.25 to the US dollar in the inter-bank market and gold hit an all-time high of Rs70,000 per tola (11.66 grams) as Pakistan shot down two Indian fighter jets and arrested a pilot in bordering areas in retaliation to violation of Pakistan’s airspace by India air forces.

A currency dealer said that escalation in tension convinced foreign investors to offload shares and depart from the Pakistan Stock Exchange (PSX). The situation created additional demand for dollar in the inter-bank market and resulted in a dip in value of the rupee.

‘Rupee could easily settle at 150 in next six months’

A banker, speaking on condition of anonymity, added that the geo-political tension remained the leading reason behind the fresh fall in value of the rupee.  Besides, uptrend in international oil prices for the past few days also pushed the rupee down against the dollar as Pakistan remained a net energy importer, which requires hefty dollars in times when its foreign currency reserves continue to deplete. The fall in the rupee and stocks prompted investors to relocate to the safe haven of gold. This resulted in enhancement of gold price to an all-time high, a jeweller and a commodity expert commented.

The State Bank of Pakistan (SBP) reported that the rupee dropped Rs0.37 to record low average closing of Rs139.25 in the inter-bank market on Wednesday. It has depreciated by a cumulative Rs0.70 in the first three days of the week in progress, according to the central bank. The banker noted the US Brent crude oil price has elevated by around $10 per barrel to $65 in the last two weeks.

The uptrends convinced oil importers in Pakistan to buy more dollars in the inter-bank market, which caused depreciation in the rupee value. “The rupee may dip to Rs140-142 against the US dollar if the oil price maintains the upward trend in the next one week to 10 days,” the banker said.

Pakistan Forex Association President Malik Bostan pointed out that geo-political tensions pulled the PSX benchmark KSE-100 Index below 39,000 points from around 42,000 points in the recent past.  “The escalating tension convinced foreign investors at the PSX to leave,” he said. “The situation created additional demand for dollars.”

Foreign investors, who remained net sellers for over three years, have sold stocks worth net $941,294 in the past two days, according to the National Clearing Company of Pakistan Limited (NCCPL).

Bostan added that currency retail markets suspended their operations for a limited duration during the day following escalation in tension and Civil Aviation Authority of Pakistan’s announcement that it was closing airspace for commercial flights. He said currency dealers import dollars from Dubai against exporting other surplus foreign currencies like UAE dirham and Saudi riyal.

The suspension of flights sparked panic among the dealers as to how they would import dollars now.

“However, the central bank assured swift supply of dollars in the market through commercial banks,” he said. “We have placed an order for $2 million and commercial banks will supply the amount on Thursday to the currency dealers.” The assurance from the central bank helped keep the rupee stable at retail markets where it closed at Rs139.20 to the US dollar after briefly hiking to Rs139.70 during the day, he said.

All Sindh Saraf and Jewellers Association President Haji Haroon Chand said the gold price surged Rs650 per tola to a record high of Rs70,000 following deprecation in rupee against the dollar and a nominal $2 per ounce increase in gold price to $1,327 per ounce in international market.

“The gold partly surged due to expected additional demand anticipated to come from investors who usually invest in the commodity during times of geo-political tensions,” he said. Rays Commodity Chief Operating Officer Adnan Agar added the gold surged following investors relocating a part of their investment to the safe haven of gold. Otherwise, gold price largely remained stable at around $1,325 per ounce at international markets.

“The expected poor US economic growth data (due to the longest US governed shutdown in the recent past) to be released on Thursday may push gold price up again to $1,345 an ounce in the days to come,” he anticipated.