Newspaper banned for publishing article about Khamenei-Assad meeting in Iran

Newspaper banned for publishing article about Khamenei-Assad meeting in Iran 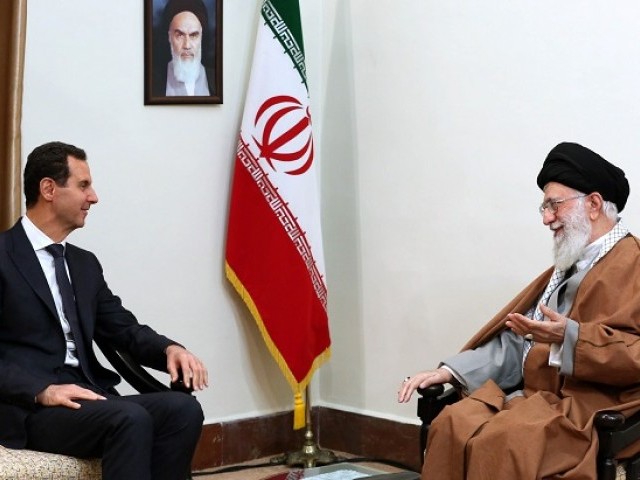 “Ghanoon daily has received notification and its publication has been halted due to its (front page) headline on Tuesday,” ISNA said.

The order stating that Ghanoon would be “temporarily banned” was delivered to the paper’s management by Tehran’s culture and media court, it added, without saying how long the ban would remain in place.

Assad met Iran’s supreme leader Ayatollah Ali Khamenei and President Hassan Rouhani on Monday during a surprise visit to the Islamic republic, his first since the start of the Syrian conflict.

The news agency did not elaborate on the article about their meeting, but the online version of the story was headlined “Uninvited Guest”.
Ghanoon also published a front-page photo of Assad and the supreme leader embracing each other.

The reformist publication has been banned twice before in recent years.

One occasion was over a caricature deemed “offensive to governmental organisations”, and the other was due to a report on an Iranian prison headlined “24 Damned Hours,” according to Tasnim news agency.

Iran has been a key ally supporting Assad as he has battled to maintain his grip over Syria during nearly eight years of conflict in which more than 360,000 people have been killed.

According to ISNA, Zarif was not present at any of the meetings.
The minister did not give a reason for his resignation, but Entekhab news agency said it tried to reach Zarif and received the following message: “After the photos of today’s meetings, Javad Zarif no longer has any credibility in the world as the foreign minister!”

The reality of Pulwama incident