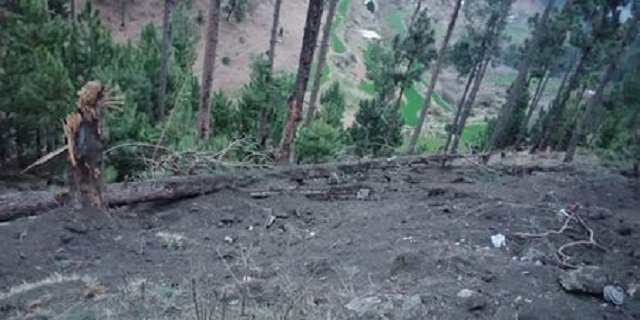 He made the casual remarks in an exchange with heads of the armed forces after the National Security Committee meeting.

The exchange was shared informally by DG ISPR Major General Asif Ghafoor after a press briefing.

Several trees were destroyed as a bomb fell over the Balakot area after Indian Air Force violated Pakistani airspace near the Line of Control.

Indian jets were chased away by Pakistan Air Force jets which were immediately scrambled to thwart any aggressive move by the country’s eastern neighbour.

Indian Foreign Secretary Vijay Gokhale said its warplanes attacked a camp in Balakot, and a “very large number” of militants from the Jaish-e-Mohammad group were killed in the nighttime attack.

But both the Pakistan Army and the government rubbished Indian claims of the attack on Pakistani soil.