Growth of 60% in net sales fails to transl­ate into profit­
By Our Correspondent
Published: February 26, 2019
Tweet Email 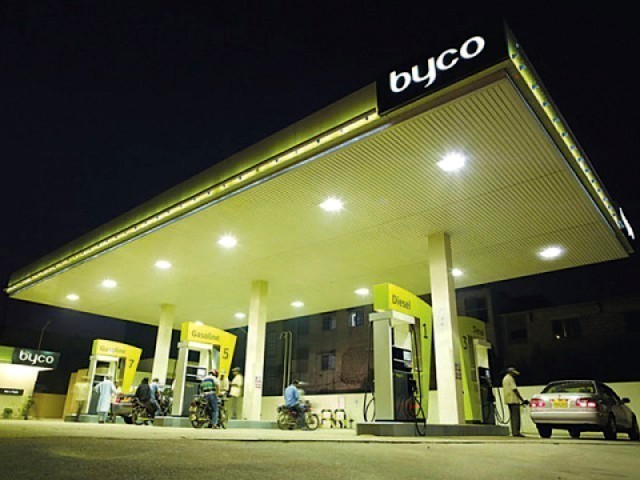 KARACHI: Byco Petroleum Pakistan Limited has again started facing trouble as it posted a consolidated loss of Rs216.75 million in the half year ended December 31, 2018 due to a surge in the cost of doing business, according to a bourse filing on Monday.

The petroleum company had reported a profit of Rs1.89 billion in the same half of last year, according to a notification sent to the Pakistan Stock Exchange (PSX).

Byco reported loss per share (LPS) of Rs0.04 in Jul-Dec 2018 compared to earnings per share (EPS) of Rs0.35 in the corresponding period of previous year.

The company saw a massive 60% growth in net sales, which reached Rs100.1 billion in Jul-Dec 2018 compared to Rs62.63 billion in the same period of previous year. The growth in sales, however, failed to translate into net profit for the company because of a notable increase in cost of sales, administrative expenses, selling and distribution expenses, and finance cost. Cost of sales surged 5.83 percentage points to 98.92% (Rs99.02 billion) of total sales compared to 93.09% (Rs58.30 billion).

On the flip side, other income increased 83% to Rs609.75 million in Jul-Dec 2018 compared to Rs334 million in the corresponding period of last year.

Alone in the second quarter ended December 31, 2018, the company reported a consolidated loss of Rs457.74 million (LPS Rs0.09) compared to a consolidated profit of Rs873.58 million (EPS Rs0.16) in the same quarter of previous year.

Oil edges up to $65 as OPEC seen rebuffing Trump pressure