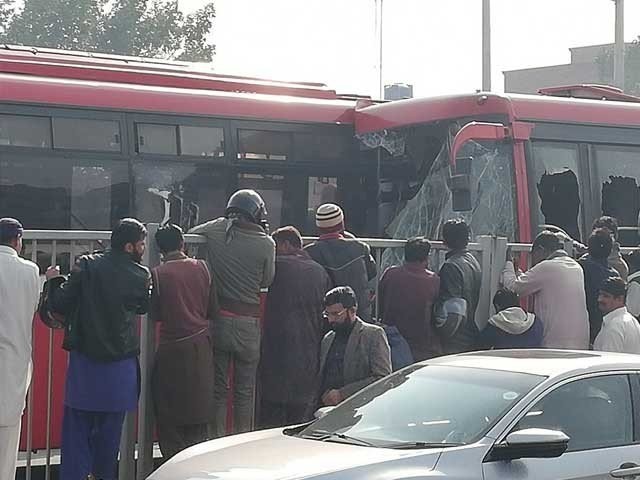 Metro bus service has been suspended temporarily after the crash. PHOTO: FILE

A woman was killed, while several people were left injured after two metro buses collided with each other in Lahore, Express News reported.

The two metro buses collided in Lahore’s Yauhanabad area. Including the bus driver, 17 people were left injured as a result of the incident.

According to rescue workers, the woman killed was a resident of Kahna Nau area in Lahore.

The accident-ridden buses have been removed from the tracks, and the metro bus service has been suspended temporarily.

Earlier on Saturday, three people were killed in the federal capital after an overspeeding vehicle plunged into a local drainage ditch.

The traffic accident took place within the jurisdiction of Kohsar police station and two people were also injured in the mishap.

In the accident, three girls died and a boy and another girl were injured. The bodies and the injured were transferred to Pakistan Institute of Medical Sciences (PIMS).

According to the police, the incident occurred due to reckless driving and over speeding.