While some skepti­cism remain­s about how far and how fast 5G can take hold
By Reuters
Published: February 25, 2019
Tweet Email 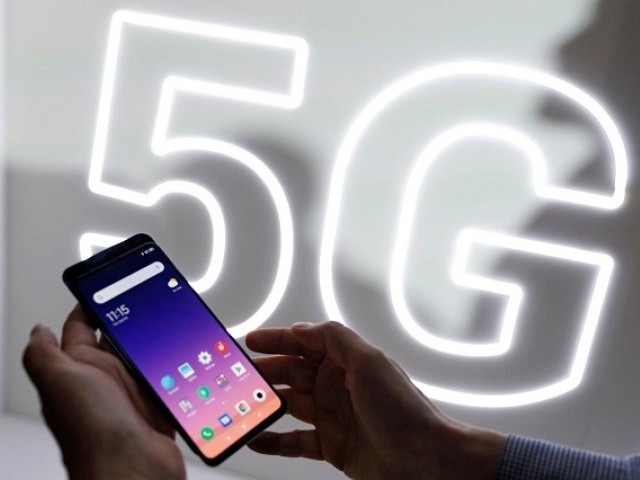 A person checks out the new Xiaomi Mi 9 mobile phone ahead of the Mobile World Congress (MWC 19) in Barcelona, Spain, February 24, 2019. PHOTO: REUTERS

BARCELONA: China’s Xiaomi has launched its contribution to a new wave of smartphones that will be able to take advantage of faster 5G mobile networks at a lower price than analysts expect from rivals such as Samsung.

The world’s fourth-largest smartphone maker unveiled the handset on Sunday, trumpeting prices starting from 599 euros ($680) when it hits the market in May, prompting gasps in the hall at the mobile industry’s biggest global event in Barcelona.

Market leader Samsung announced an innovative folding 5G phone last week with a $1,980 price tag, which Huawei matched with its own foldable 5G-enabled device priced at an eye-watering $2,600.

Samsung did not give a price for a non-folding 5G device it added to its Galaxy range.

“We announced a very, very aggressive price,” Xiaomi Senior Vice President Xiang Wang told Reuters. “We want to drive 5G to normal consumers, so more and more people can afford to buy it.”

The next-generation wireless technology promises to ratchet up internet speed and support an “Internet of Things” in which embedded chips enable the creation of smart networks of vehicles, household devices and more.

While some skepticism remains about how far and how fast 5G can take hold, it is the latest high-end add-on that manufacturers attending the Mobile World Congress are using to stoke excitement about new gadgets amid slowing sales.

Amon expected the transition to 5G to be faster than that from so-called third-generation networks to the fourth, which has already quickened download times and enabled advances such as video streaming to mobile phones.

Xiaomi pushing for smartphone component suppliers to invest in India

Since 2017, it has launched into Spain, France and Italy with devices enabled for 4G. Now it’s is turning its attention to growth potential in Africa, Wang said.

“We see the African countries building, accelerating their migration from 3G to 4G,” he said.

“We only have 4G products, so I think it’s the right time for us to learn that market, to serve the customers first and learn more so we can have more products for Africa.”