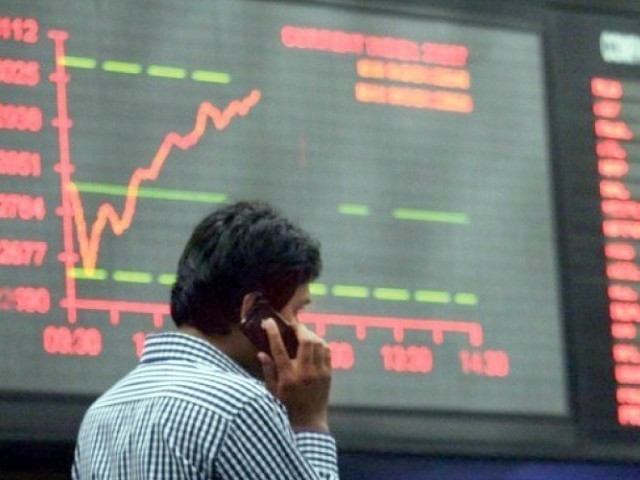 KARACHI: Stocks took a beating in the outgoing week as geo-political tensions between India and Pakistan weighed on investor sentiments. The benchmark KSE-100 index fell 471 points or 1.16% to close at 40,016.

“The benchmark index continued its downward trend this week and closed in the red for the third consecutive week (down 3% cumulatively),” said Topline Securities in its report.

The stock market commenced trading on a negative note on Monday despite announcement of massive investments by Saudi Crown Prince Mohammad bin Salman during his visit to Pakistan. The two countries signed investment agreements for various sectors worth $21 billion.

However, the positive development failed to encourage investors, who remained on the sidelines.

The downtrend continued on Tuesday as well as growing tension between India and Pakistan and weak corporate earnings aggravated things for the investors. Imposition of 200% regulatory duty on imports from Pakistan in the aftermath of Pulwama attack added to the bearish mood.

Breaking away from the losing streak, the benchmark index returned to its winning ways on Wednesday as investors were encouraged by strong results of some banks. The optimism, however, could not be sustained and the index fell in the following two sessions in the wake of profit-booking by investors amid a lack of positive triggers.

Sectors that dragged the index down were power generation and distribution (down 142 points) due to absence of dividend declaration in their result announcements, commercial banks (139 points) amid lower-than-expected results, pharmaceuticals (35 points), transport (27 points) and tobacco (26 points).

On the other hand, positive contribution was led by oil and gas exploration companies (up 85 points) due to a surge in international crude oil prices.

Foreign buying continued this week as well, which came in at $3.5 million compared to net buying of $12.1 million last week. Major buying was witnessed in cement shares ($3.3 million) and commercial banks ($1.4 million).

On the domestic front, selling was reported by individuals ($4.7 million), followed by companies ($1 million).

Among major highlights of the week were current account deficit shrinking 16.7% in seven months, IMF negotiations nearing conclusion, imposition of 200% regulatory duty by India, foreign direct investment hitting six-month low as concerns over IMF resurfaced, finalisation of a roadmap for $21 billion worth of Saudi investments, Nepra raising power tariff by Rs1.8 per unit and fiscal deficit crossing 2.7% of GDP in 1HFY19.