Kami Sid's next project is a transgender love story

Kami Sid's next project is a transgender love story 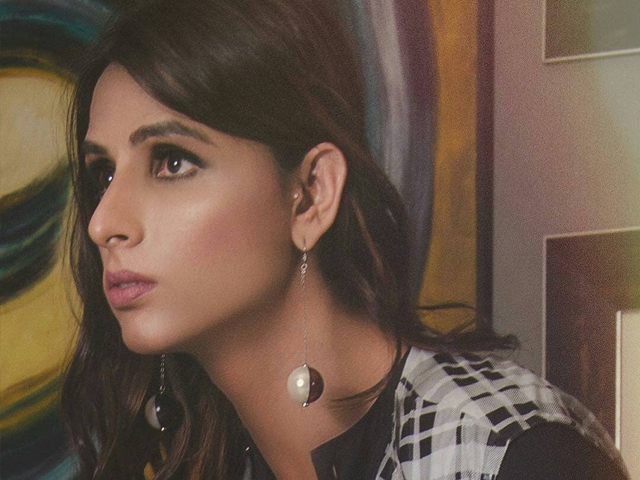 KARACHI: Upcoming short-film Rani doesn’t require an introduction. As transgender activist Kami Sid’s first ever project, the film is a unique story a transgender Pakistani woman who sets out to take care of an abandoned baby.

But living in the heart of Karachi, Rani (Kami) faces many challenges in the process, determined as she may be to always do what is right.

After scoring several international screenings and awards, the fifteen minute film is finally set to premiere at the Karachi Literary Festival (KLF), which will be held from March 1 to March 3.

We're thrilled to announce our film Rani is finally coming home to Pakistan! Thanks to the support and well wishes of several organisations, institutes, and private persons, we will be screening our film across the country – beginning March 2019! Introducing the first set of our screening partners, we are extremely proud to also announce our exclusive radio partner – FM 91! Rani will premiere on the 3rd of March, at the tenth Karachi Literature Festival, in Karachi. It will also be screened at the Dorab Patel Auditorium of the Human Rights Commission of Pakistan, in Lahore, on the 10th of March – hosted by our dear friends at Lahore Biennale Foundation! In addition, there will be screenings hosted by Goethe Institut, T2F, Social Sciences Club of IBA – Institute of Business Administration, Indus Valley School of Art and Architecture, The Lyceum, and special "Accessible Screenings" for the students of Deaf Reach! We will be announcing more partners, screening dates, and other exciting news over the next few weeks – so WATCH THIS SPACE! #RaniShortFilm #GrayScaleFilmTV #HammadRizvi #KamiSid #AkbarAllana #KarachiLiteratureFestival #LahoreBiennaleFoundation #HRCP #GoetheInstitut #T2F #SocialSciencesClub #IBA #IVSAA #IndusValley #DeafReach #FM91 #MakeMorningsGreatAgain #RaniComesHome #KhiLF2019

“I’m very excited that Rani is finally releasing in Pakistan,” Kami told The Express Tribune, at a special screening. “It’s our film; it’s a film for our people. I’m very glad that I’m a part of this.”

Talking about why a story like this is necessary for the Pakistani audience, Kami said, “Rani has already won so many accolades internationally. I think it’s imperative for our people to see it because I think it’s a very close issue. It’s a film about transgenders and motherhood.”

According to the actor, “People still tend to hide a lot of important topics in our films and dramas. Usually projects on subjects like these are either attacked by critics or stopped by Pemra. But Rani? It prominently showcases the life of a transgender in Pakistan.”

Kami also spoke about her experience of working in Pakistani showbiz. “It was my first film. I’ve worked in several documentaries before but working in Rani was completely different,” she said. “The director of Rani, Hammad Rizvi, was extremely supportive of everything. He was very patient. He taught me a lot of things like angles and postures.”

So what’s next for Kami? “One that I’ve been doing lately is working in fashion mostly. Hopefully, you’ll see me somewhere in a huge fashion show. For now, my focus is completely on trying out new things,” she responded. “I’m also working on a transgender love story. I’m not in a hurry, nor is films production being stopped. I’ve few offers but my primary goal is to see how I can highlight the issues of the transgender community. I’m from that community and that will always be my goal.”

Rani is coming to Texas! The film will be screened at the Lone Star Film Festival, to be held in Sundance Square, Fort Worth from the 7th till 11th of November 2018. Rani is a unique story about a transgender Pakistani woman who sets out to take care of an abandoned child. The film is competing as a finalist at the NBCUniversal Short Film Festival, won the Fox Inclusion Award at Outfest LA, and has screened at numerous festivals including Newport Beach, Rhode Island, New York Asian American, Seattle Tasveer, and many more. #RaniShortFilm #GrayScaleFilmTV #HammadRizvi #KamiSid #OfficialSelection #LoneStarFilmFestival #SundanceSquare #LGBTQ #LGBTQFilm

Discussing the vision behind Rani, Rizvi revealed, “When I first started the film, I had few things that I wanted to talk about which included the transgender community, orphans and generally those who are underrepresented. If you forget all labels after watching this film, then for me that’s success.”

Rani is all about breaking stereotypes. Herein, Kami is shown as someone who sells toys to make her ends meet. In Pakistan, it’s a common perception that trans people are only meant to entertain at functions. Rani does a commendable job of breaking that.

Mrs. Bilquis Edhi, endorses our film Rani; and speaks about the practice of abandoning unwanted infant girls, as well as the importance of transgender rights and acceptance. #BilquisEdhi #EdhiFoundation #RaniShortFilm #GrayScaleFilmTV #HammadRizvi #KamiSid

Another important issue the film sheds light is adoption.”We have Bilquis Edhi on board,” the producer of the award-winning documentary, Akbar Allana, said. “She will be one of the panelists at the KLF. We wanted to raise awareness about this, along with transgender awareness.”

Rani has won the Outstanding Writer Award at the NBC Universal Short Film Festival and the Fox Inclusion Award at Outfest LA.

Our short film Rani is now available to watch on Hulu! Rani is a unique story about a Pakistani transgender woman who sets out to take care of an abandoned child. Written and directed by Hammad Rizvi, the film stars Kami Sid, Hina Pathani & Maaz Khan. The film has been produced by Akbar Allana and Sara Siddiqi, and is a GrayScale/Rizvilia co-production. #RaniShortFilm #GrayScaleFilmTV #HammadRizvi #KamiSid #MaazKhan #AkbarAllana #SaraSiddiqi #Rizvilia #NBCUShortsFest #Hulu

Rani is scheduled to have its premiere on March 3. It is also the first Pakistani film to be featured on internet streaming giant Hulu.