Rhino passes away just a month after the death of its partne­r
By Kashif Zafar
Published: February 22, 2019
Tweet Email 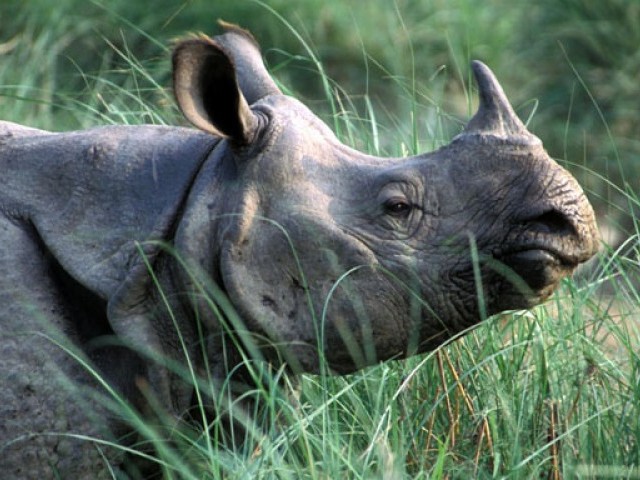 A huge enclosure was built to house these rhinos. A month ago, the female rhino passed away while giving birth. It was a sad moment for everyone, but it seemed that the male rhino was worst affected. He fell sick right after the death of the female rhino.

Vets from Lahore and Islamabad including local experts made a lot of efforts to heal the animal, but all in vain. A team of vets arrived at Laal Suhanra Park to conduct the autopsy.

Nepal’s rhinos on road to recovery with cross-country move

Rhinos were the sole attraction at the National Park Laal Suhanra. Jawad Anwar, a resident of Bahawalpur, told The Express Tribune that he was nineyears-old when he first saw the rhinos at Laal Suhanra National Park. “I visited the park occasionally with friends and family to see

the mighty rhinos as they were the main attraction at the park. I feel sad after hearing the news of their death,” he said. Muhammad Arif, another local, said he was planning to visit the national park with his family, but now it seems

he would not be visiting it as there were no rhinos. Usama, 10, said he came from Ahmedpur East with his family to visit the national park and when they arrived at the park, he heard the news of the rhino’s death which made him very sad.