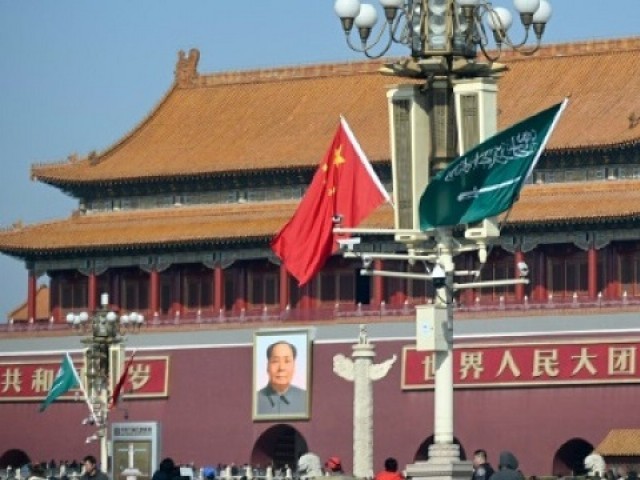 Prince Mohammed is expected to meet Chinese President Xi Jinping on his two-day trip to the Chinese capital following visits to Pakistan and India.

The Chinese foreign ministry said Beijing’s ambitious Belt and Road global trade infrastructure initiative will be on the agenda, as the two countries look to improve their economic ties.

“China is a great place to invest with a huge market and an improving environment,” he said.

In Pakistan, the crown prince signed a raft of investment deals worth up to $20 billion with the country.

After his meeting with Modi, Mohammed said the kingdom saw investment opportunities in “various fields to exceed $100 billion.”

His visit to China also comes on the heels of a visit by the parliament speaker of the kingdom’s rival Iran, Ali Larijani, who met with Xi on Wednesday.

Syria forces negotiating to free civilians from IS holdout: coalition