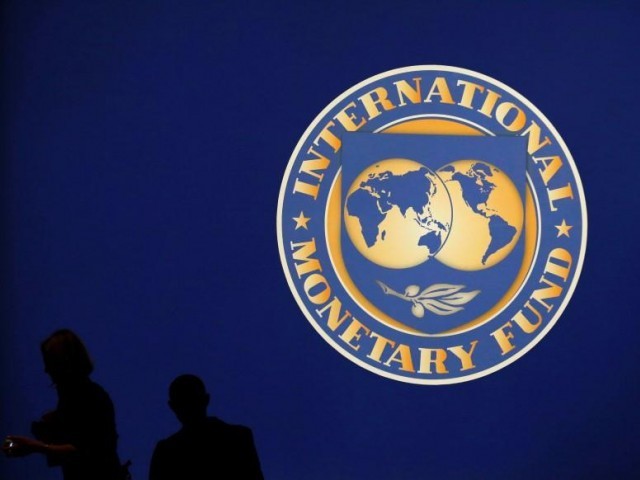 Visitors are silhouetted against the logo of the International Monetary Fund at the main venue for the IMF and World Bank annual meeting in Tokyo. PHOTO: REUTERS

KARACHI: Although Pakistan has stepped up efforts to attract billions of dollars in foreign investment since the current fiscal year began in July 2018, the investment dropped dramatically in January as concerns resurfaced over whether Islamabad was going to the International Monetary Fund (IMF).

Cumulatively, in first seven months (July-January) of the current fiscal year 2018-19, the FDI dropped 18% to $1.45 billion compared to $1.76 billion in the same period of last year. “Foreigners were shy of investing in Pakistan, waiting to see whether Islamabad was going to the IMF,” Elixir Securities’ Director Research Hamad Aslam told The Express Tribune.

“Islamabad may let the currency depreciate ahead of going to the IMF for a bailout (of around $6 billion). They want this to be settled down before making a meaningful investment in Pakistan,” he said.

Making investment after the likely rupee depreciation in the near future would earn them better exchange rate and “they can wait for a couple of months to let the rupee-dollar parity settle,” he said.

“We anticipate the rupee to touch Rs150 to the US dollar by December 2019 from around Rs139 at present,” he said. “The government may let the rupee depreciate to the anticipated level in one or two rounds or gradually over the year. We see the current rupee-dollar parity as fair enough at present.”

Aslam pointed out that China had remained a major investor in Pakistan’s power and construction sectors under its multibillion-dollar China-Pakistan Economic Corridor (CPEC) project. However, the Chinese investment has slowed down for different reasons including the fact that a couple of projects, mainly in the power sector, were nearing completion.

While a boost in oil and gas exploration activities in the country may be the outcome of new investment, most of this investment has come from foreign companies. “For example, ExxonMobil of USA and Italy’s Eni in partnership with OGDC and PPL have recently started offshore drilling near the Karachi costal area,” he pointed out.

Financial businesses attracted $216.7 million, which was 29% lower than $303.3 million in the previous year.

Divestment in telecommunication rose to $146.2 million in Jul-Jan FY19 compared to $16 million in the same period of last year.

Malta, however, divested $81.6 million in the seven months, according to the SBP.