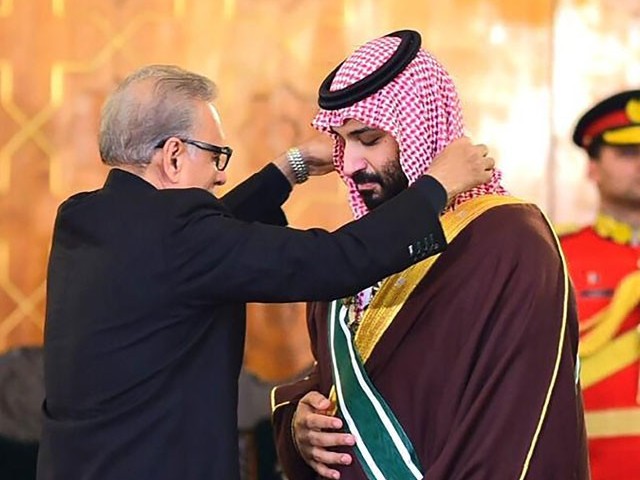 The award was given at a ceremony at the President House in Islamabad on Monday.

On the second day of the royal visit, Prince Mohammad – flanked by Prime Minister Imran Khan – was escorted to the Aiwan-e-Sadr in a carriage to attend a luncheon hosted by the president.

A special contingent of Presidential security guards escorted the chariot.

The crown prince also held a one-on-one meeting with the president.

Earlier in the day, Prince Mohammad met army chief, and lauded professional capacities of the Pakistan armed forces. Both the leaders agreed on enhancing defence cooperation between the two countries. 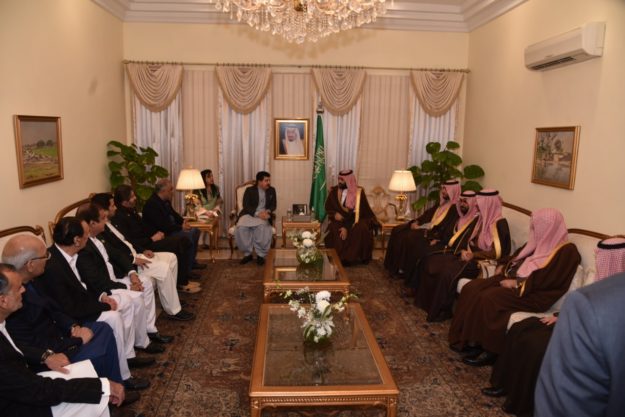 The Senate chairman, meanwhile, gifted  the heir to the Saudi prince a portrait and a gold-plated gun. 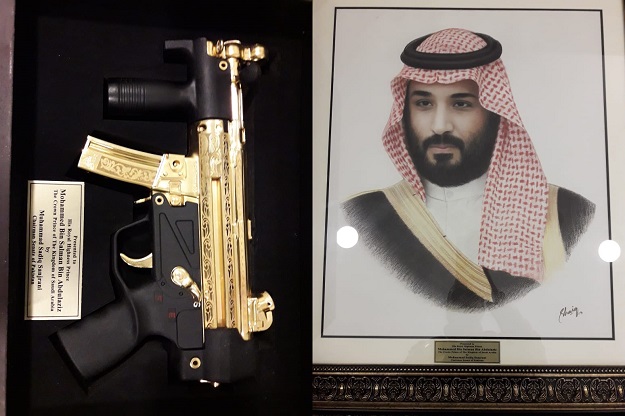 Pakistan and Saudi Arabia signed contracts and Memorandums of Understanding (MoU) pertaining to investments in various projects on Sunday during the crown prince’s maiden visit to the country.

The MoUs were signed in diverse fields, including energy, power, petrochemical, mineral resources and sports, to give a fillip to the cooperation.

Abidi to be indicted in Feb 25 for ‘badmouthing, insulting’ judiciary