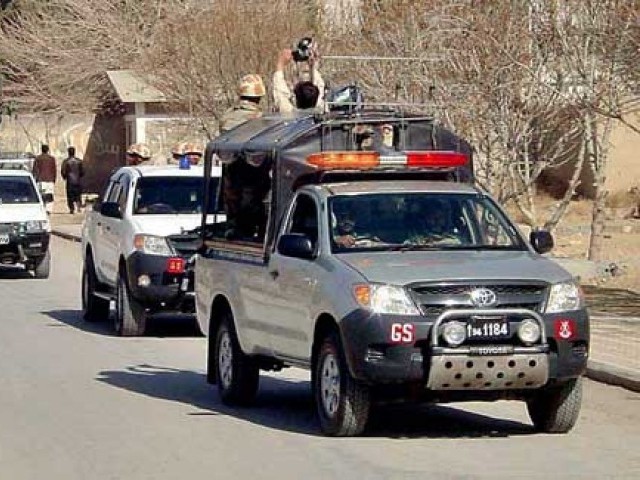 QUETTA: Four Balochistan Frontier Corps (FC) soldiers were martyred in an ambush by terrorists in Goran, some 70 kilometres from Panjgur district, on Sunday.

“The security personnel were heading towards the mountains when the ambush took place. Terrorists started indiscriminate firing. The FC soldiers retaliated, but could not fight back,” the sources said, adding that the terrorists managed to escape and took their (soldiers) weapons and wireless sets along with them.

A heavy contingent of law enforcement agencies personnel and rescue workers rushed to the spot and shifted the bodies to District Headquarter Hospital, Panjgur.

Balochistan Chief Minister Jam Kamal Khan condemned the attack and expressed grief over the martyrdom of the four FC soldiers.

“Terrorists are attempting to halt Balochistan’s development progress by launching terror attacks, but they can’t deter us from our resolve,” said CM Kamal, vowing to punish the perpetrators of the attacks on security forces.

The funeral prayers of the martyred FC soldiers were held at the FC Headquarter in Panjgur, which was attended by Sector Commander Brigadier Irfan Iftikhar and government officials.

The soldier’s bodies were departed to their native towns after the funeral prayers.

The attack was claimed by a Baloch armed group.

It was the second attack on security forces in Baloshitan in the last 24 hours.

On Saturday morning, armed men opened fire on FC soldiers in Loralai, martyring two of them.