Previo­usly, it was confir­med that the couple will be coming for a two day event on the litera­ry giant, Kaifi Azmi
By Entertainment Desk
Published: February 15, 2019
Tweet Email 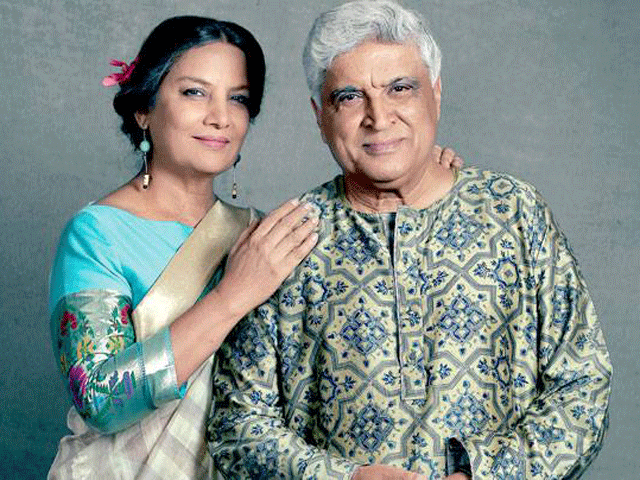 Bollywood lyricist Javed Akhtar said on Friday that he will not attend the Kaifi Azmi Literary Conference in Karachi after the Pulwama attack in Indian-occupied Kashmir (IoK).

“Karachi Arts Council had invited Shabana and I for a two day literature conference about Kaifi Azmi and his poetry. We have cancelled that,” he tweeted.

Kranchi art council had invited. Shabana and me for a two day lit conference about Kaifi Azmi and his poetry . We have cancelled that . In 1965 during the indo Pak war Kaifi saheb had written a poem . “ AUR PHIR KRISHAN NE ARJUN SE KAHA “

Previously, it was confirmed that the high-profile celebrity couple will be coming to Karachi for a two-day event on the literary giant, Kaifi Azmi.

However, it was then reported that Shabana might not be able to attend the event as she was suffering from swine flu.

According to Mid-Day, she landed in hospital with a severe bout of illness. She was reported to be recuperating fast. But using the time in productive pursuits. “Rarely do I get a chance to lie back and introspect. This is an enforced break for me, and one that was long due,” Shabana commented.

“I have not been in contact with any swine whatsoever. But I am in the hospital recovering fast,” she said.