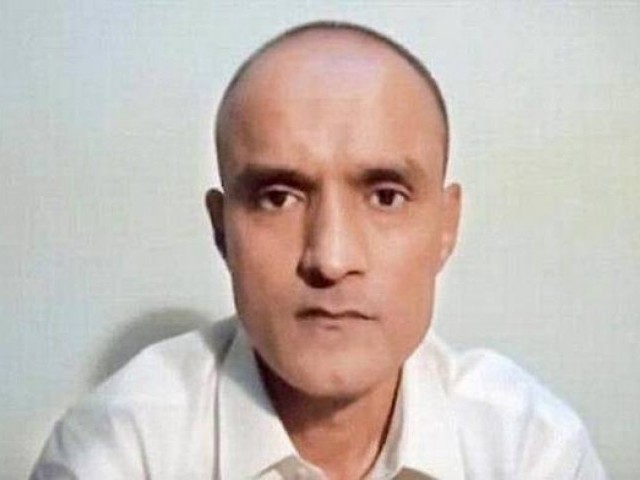 ISLAMABAD: The International Court of Justice (ICJ) is all set to hold public hearings in the Kulbhushan Jadhav case from February 18 to 21 at The Hague.

Jadhav, 48, was sentenced to death by a Pakistani military court on charges of spying and terrorism in April 2017. India moved the ICJ in May the same year against the verdict.

It’s going to be for the first time that a 16-judge bench of ICJ, led by a Muslim judge Justice Abdulqawi Ahmed Yusuf, would decide whether consular access should be given to the spy or not.

India’s Dalveer Bhandari, who is a permanent judge, is also a member of the bench.

A delegation led by Attorney General for Pakistan Anwar Mansoor Khan is leaving today (February 15) to attend the hearing.

Barrister Khawar Qureshi (Queens Counsel) will argue on behalf of Pakistan while Harish Salve will give oral submission on behalf of India.

It is expected that the ICJ decision may be delivered by the summer of 2019. It is learnt that dozens of Indian journalists are going to attend the ICJ proceedings but numbers of Pakistani journalists are very less due to denial of visa by the Dutch embassy in Pakistan.

India argues that Commander Kulbhushan Jadhav is an innocent businessman who was kidnapped from Iran, brought to Pakistan and tortured to confess that he was a commander in the Indian Navy working with Research and Analysis Wing (RAW), India’s primary foreign intelligence agency.

India argues that it was entitled to obtain consular access for Jadhav as soon as his detention was made public by Pakistan on March 25, 2016.

India argues that the trial and conviction of Jadhav for espionage and terrorism offences by a military Court on April 10, 2017 was “a farce”.

India contends that the denial of consular access to Jadhav requires the ICJ to “at least” order his acquittal, release and return to India.

Pakistan rejects all of the Indian allegations. Pakistan points to evidence obtained from Jadhav after his arrest, and during the criminal process leading to his conviction as amply demonstrating his activities in fomenting terrorism and engaging in espionage within Pakistan.

Pakistan maintains that it would be incompatible with international law for someone sent as a spy/terrorist by a state to be afforded access to officials of that state as India asserts.

Pakistan also points to an express Agreement on Consular Access dated May 21, 2008 between India and Pakistan, which allows each state to consider a request for consular access “on its merits” in a case involving national security.

Furthermore, Pakistan points to the uncontradicted evidence that Commander Jadhav was provided with an authentic Indian passport under a Muslim name by the Indian authorities, as a clear and obvious link between his conduct and the government of India. Such conduct being a blatant violation of international law should bar any claim for relief from a court.

India refuses to reply on this issue and (unconvincingly) describes it as “mischievous propaganda”.

In addition, Pakistan noted that in all of the ICJ’s previous decisions concerning Article 36 of the Vienna Convention on Consular Relations 1963 (which involved death sentences imposed by the USA), the court made it clear that it was not a court of criminal appeal and the presence of “effective review and reconsideration” by domestic courts was an appropriate remedy, even if a breach of the right to consular access had been established.

The high court and Supreme Court provide such review as confirmed by the leading UK-based military law experts.

India has failed to explain why the Agreement on Consular Access between India and Pakistan dated May 21, 2008 (which India drafted), and which provides [at Article (vi)] for either state to be entitled to consider a request for consular access “on its merits” where it involves a person implicated in national security matters, does not apply in this case. Why not? India fails to explain why UK-based military law experts are wrong when they say that Pakistan’s high court and Supreme Court provide an effective review and reconsideration of the military court process.

Renowned lawyer Saiful Malook says that Pakistani legal team should affectively pursue the case as it should expose that how India is aiding and abetting acts and funding terrorist activities in Pakistan. The counsel contends that consular access cannot be given to a spy.

Meanwhile, in an interview with an international newspaper published on July 16 last year, Pakistan’s attorney Qureshi gave details of written submissions in the case.

He stated that the ICJ has also been asked to consider whether India has behaved illegally by providing Jadhav with an authentic Indian passport in the name of “Hussein Mubarak Patel”.

A very eminent UK expert has provided evidence that Jadhav used this passport at least 17 times to come into and go out of India. He confirmed that the passport was issued by Indian authorities. The inference is that India gave Jadhav the false Muslim identity for improper purposes. India’s answer has been to say it does not need to answer this point.

“The ‘Passport Issue’ has recently also been raised by respected Indian journalists Praveen Swami and Karan Thapar. They have been accused of spreading ‘propaganda’ and, sadly, also been called ‘traitors’ for doing their job as professional journalists. No real answer has been given on this point, as well as most of the other arguments—apart (with respect) from resort to ‘spin’,” Qureshi stated.

Likewise, Qureshi said India says Jadhav recently retired from the Indian Navy (but not when or why), and suggests he was kidnapped from Iran and smuggled into Pakistan to extract a false confession. India says the entire legal process against him in Pakistan was unfair, and demands that the ICJ “at least” orders his acquittal or release. India says Jadhav should have been given immediate consular access, he added.

“Pakistan says Jadhav was a naval commander who was working for RAW when arrested. The ICJ has been asked to consider whether individuals suspected of espionage had in practice often been excluded from the right to consular access—an argument never raised or considered previously. The ICJ has now exceptionally invited all states that signed the VCCR to respond to Pakistan’s argument on this point, which is based upon the material practice of the US, Soviet Union and China, including the famous Gary Powers case (given the Hollywood treatment in The Bridge of Spies), as well as commentaries from experts in this field.”