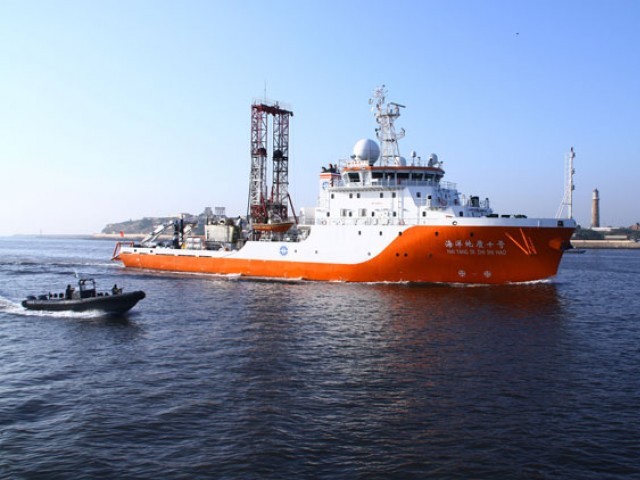 The expedition, in which the CGS ship conducted various seismic and oceanographic observations in Pakistan’s offshore area, was conducted by Chinese scientists along with the participation of scientists from the National Institute of Oceanography, Pakistan Navy said in a statement on Thursday.

According to the communiqué, the acquired data will be jointly processed by Pakistani and Chinese scientists.

It is expected, the statement added, that these expeditions will assist in resource mapping of our offshore areas.