Twelve children injured in blast at school in occupied Kashmir

Twelve children injured in blast at school in occupied Kashmir

The held territ­ory has been plague­d by violen­ce for years
By Reuters
Published: February 13, 2019
Tweet Email 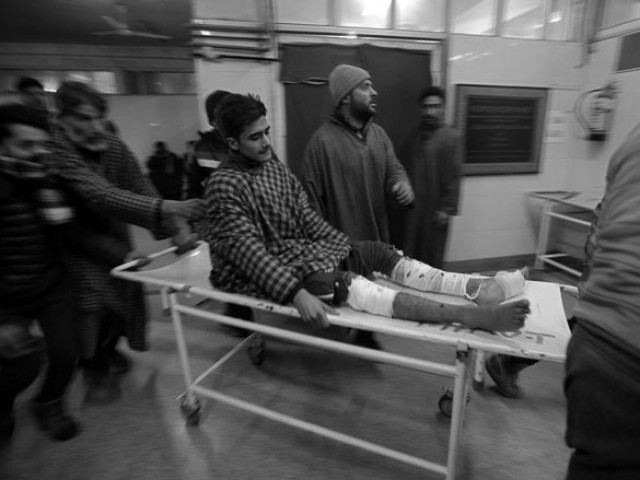 A boy is rushed to a hospital in Srinagar for treatment after he was injured in an explosion inside a school in occupied Kashmir's Pulwama district February 13, 2019. PHOTO: REUTERS

SRINAGAR: At least 12 students were injured in an explosion at a school in Indian-occupied Kashmir on Wednesday.

The held territory has been plagued by violence for years, with clashes killing more than 100 civilians over the past year.

Witnesses; however, did not report any clash before the blast in a 10th-grade classroom at the Falai-e-Millat private school, just south of Srinagar.

“We were studying and all of a sudden there was an explosion and we ran out and I saw my legs bleeding,” Faisal Ahmad, 16, said,

Cute and empowering — Galentine’s Day takes off in US