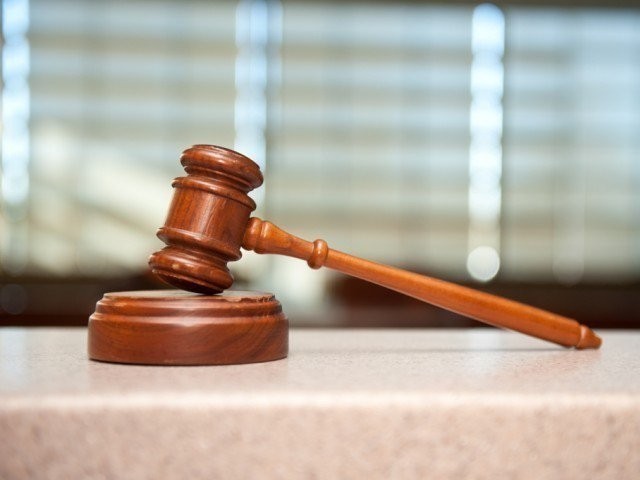 A court sentenced a murder accused to death and acquitted others on Tuesday for their involvement in a case in Multan.

The prosecution told the court that Muhammad Ijaz, Mujahid Ali and Muhammad Khan had gunned down Muhammad Asghar and his friend over a minor dispute on March 20, 2015.

The Badhla Sunnat police registered a case against the culprits and presented the challan before the court. After hearing the arguments, the judge handed down a death sentence to Ijaz and imposed a fine of Rs0.2 million on him.

Meanwhile, the court acquitted the other co-accused, giving them the benefit of doubt and due to the lack of evidence.

Earlier, a court awarded a death sentence to an accused for his involvement in a murder case in Faisalabad. The judgment was announced by Additional Sessions Judge Asadullah Siraj.

Accused Fakhar Imam had killed his wife Hina and son Hasnain Ali over a property dispute in 2015.

The local police registered a case against the accused and presented the challan before the court. After hearing the arguments, the judge handed down death sentence on two counts to Fakhar, along with a fine of Rs0.5 million.